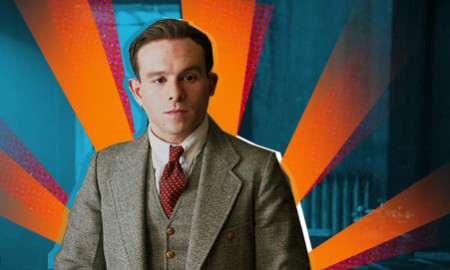 Something is troubling Rachel Shukert. Despite all of the bells and Steve Buscemi whistles, HBO’s Prohibition-era drama Boardwalk Empire just doesn’t do it for her. Why? “It’s because I want Boardwalk Empire to be a show all about the Jewish gangsters,” she explains. After all, they’re the most unpredictable characters on the show:

What we get on the show is just enough to whet my appetite. I thrill every time the legendary criminal mastermind Arnold Rothstein (played by the great Michael Stuhlbarg), the man who fixed the 1919 World Series and inspired the character of Meyer Wolfsheim in The Great Gatsby, appears on screen, demurely sipping a cup of coffee and smiling quietly at something known only to himself; why do we get him in such small doses, and mainly reacting to the machinations of Nucky Thompson, the world’s most sheepish crime boss? When Meyer Lansky (Anatol Yusuf) first showed up, I let out a Belieber-esque squeal; this season he’s playing second fiddle to Gyp Rosetti (Bobby Cannavale), your standard-issue maniac killer/sex pervert (he likes women to tie him up and choke him. Snore.) I was fascinated by the character of Manny Horvitz, the garrulous kosher-butcher-cum-bloodthirsty-gangster who calls everybody “boychik” and dry-ages his enemies on meat hooks in the deep freeze, until (spoiler alert!) they let the guy with half a face (who is Anjelica Huston’s nephew and even with his Phantom of the Opera mask on, is still attractive beyond all sense) blow him away in the first episode of the new season. That was five weeks ago. I’m still sitting shiva.

Read the rest at Tablet Magazine.