A Children’s Book on ‘German Suffering’ During WWII 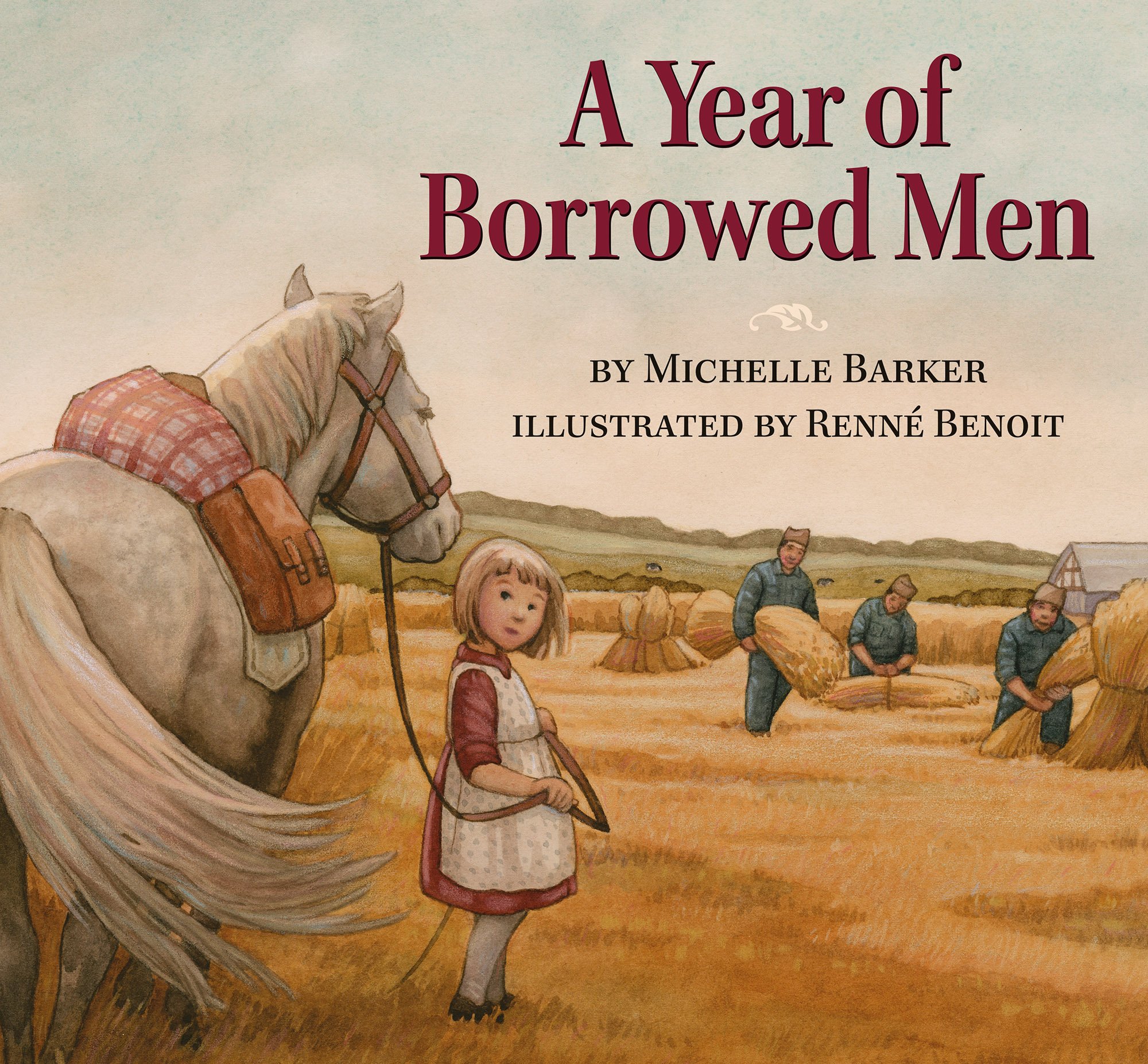 Those who are strangers to the world of children’s literature might be surprised at the controversy engendered by recent books which appear to misrepresent members of marginalized books, or to silence them through their infrequent appearance in books for young readers.

One example of this experience is the reception of the imaginative and artistically bold work by award winning author and illustrator Emily Jenkins and Sophie Blackall. In A Fine Dessert: Four Centuries, Four Families, and One Delicious Treat, they follow the preparation and consumption of a delicious dish called blackberry fool through four hundred years and a diverse group of people preparing and eating the “fine dessert.” In one scene, an African American slave and her daughter, having enthusiastically created this labor intensive culinary treat, huddle in a dark closet, eating what remains of it after their white owners have openly enjoyed it in an elaborate dining room filled with the marks of their ill-gotten wealth. Some readers were appalled, believing that the portrayal of the slaves was misleading and offensive. Others saw the illustration of mother and daughter as subverting the system of human property which, while it could oppress and degrade them, could never dehumanize them totally. The author eventually apologized for her perceived insensitivity. Whatever you conclude about A Fine Dessert, it at least generated the controversy, and conversation, which it deserved. So why isn’t this happening to another work? This book is by a Canadian author, Michelle Barker, entitled A Year of Borrowed Men. I read a positive review of this work in The Horn Book, the distinguished journal of children’s literature widely read by librarians, authors, publishers, and teachers. The book is based on the family narrative of the author’s mother, and the “borrowed men” are French, Nazi slave labor forced to work on her childhood farm in Germany. This is not a children’s book about the Holocaust or World War II, any more than A Fine Dessert was dedicated to presenting American slavery.

Some critics of A Fine Dessert pointed to the very lack of context, of any mention of slavery, which distorted the history presented as rich and beautiful in the book. The Year of Borrowed Men is characterized by a complete vacuum of any information which might inform a child or encourage him or her to learn about the time and setting of the book. The little girl, Gerda, is informed by her mother that the workers on their farm are only “borrowed,” as their own men have been, and will be returned to their families. Of course, adults construct simple and comforting narratives for children living in threatening environments, but a book is written with hindsight and perspective. Here there is none. The farm is a happy scene of plenty, the author referring to the abundance of cows, pigs, butter, meat, and eggs available. A Christmas tree is decorated with colorful catalogue pictures and the family enjoys Tunisian salad as the smell of cloves and nutmeg, spices whose names evoke warmth and luxury, fill the farmhouse. The illustrations oddly show the workers as plump and content, becoming friends with Gerda and comforting her when, in a bizarre scene showing the author’s total obviousness to historical context, the dolls’ arms are accidentally burned on a stove. The laborers and the little girl embrace, calling one another “amis” and “freunde.” The book’s jacket flap proclaims that “the little girl proved that it isn’t so far from feinde (enemies) to freunde (friends).

The book identifies one act of supposed heroism. Gerda’s mother briefly allows the slave laborers to eat at her table, and she is admonished by police to return them to their quarters. Small acts of bravery are important, yet the book’s scenario, completely separated from the reality of Europeans starving, driven from their homes, enslaved, and slaughtered, offers no opportunity of either education or true identification with the characters.

When the Russians invade/liberate Germany, their presence is not a deliverance, although the bland prisoners are finally allowed a moment of autonomy, as they shout “Libération!” On the contrary, the narrator, Gerda, negates this final moment of freedom by reporting that the Russians opened all their barns: “Even the animals were free. Our herd of cows ran away, which meant no more milk or butter for us.” If there was any ambiguity about the book’s attitude towards the prosperity gained by a farm feeding the German army, it vanishes here. Nowhere in A Fine Dessert is “freedom” described as a negative force.

I am Jewish. I apparently have sensitivities to this material that other readers may not. Here is a sample of responses to The Year of Borrowed Men. On Goodreads, one reader reports, “I love this book because it shows the German side of suffering that took place.” Another reader suggests that it is a “sweet war story to help learn about friendship and respect.” The professional reviewer at School Library Journal sees the book as a necessary purchase “…where nuanced portrayals of family during World War II are needed,” adding the warning to “keep the tissues close by.” Canadian Children’s Book News praises the illustrations, which “convey a pastoral environment imbued with the bleakness of war,” although no bleakness is suggested until the Russians arrive.

Part of what is disturbing about the reception of the book is the unexplored idea of the mother’s brief attempt to seat the slave laborers at the kitchen table as a great act of bravery and resistance, a sufficient antidote to the evil which is not even alluded to in the rest of the story. The author writes that her mother’s farm was in “Beelkow,” presumably “Bielkow,” a town formerly in Germany but transferred to Poland after the war. Given the vague setting of the book, it is hard to determine how close this Pomeranian village was to the main Jewish community of Stettin/Szczecin, which was almost totally annihilated. Without negating the losses of her own family, Ms. Barker needs to at least acknowledge the horrific events which frame the unmediated narrative of her mother’s childhood in Nazi Germany. Has the Holocaust, in today’s environment of critical analysis of cultural and historical representations, assumed a unique status of isolation or illegitimacy?

Surely a children’s book which is set in this inferno merits at least the level of critical attention focused on A Fine Dessert.