The comedian has hit Tel Aviv and Jerusalem by way of El-Al, and the results are predictably endearing, if entirely ordinary Read More 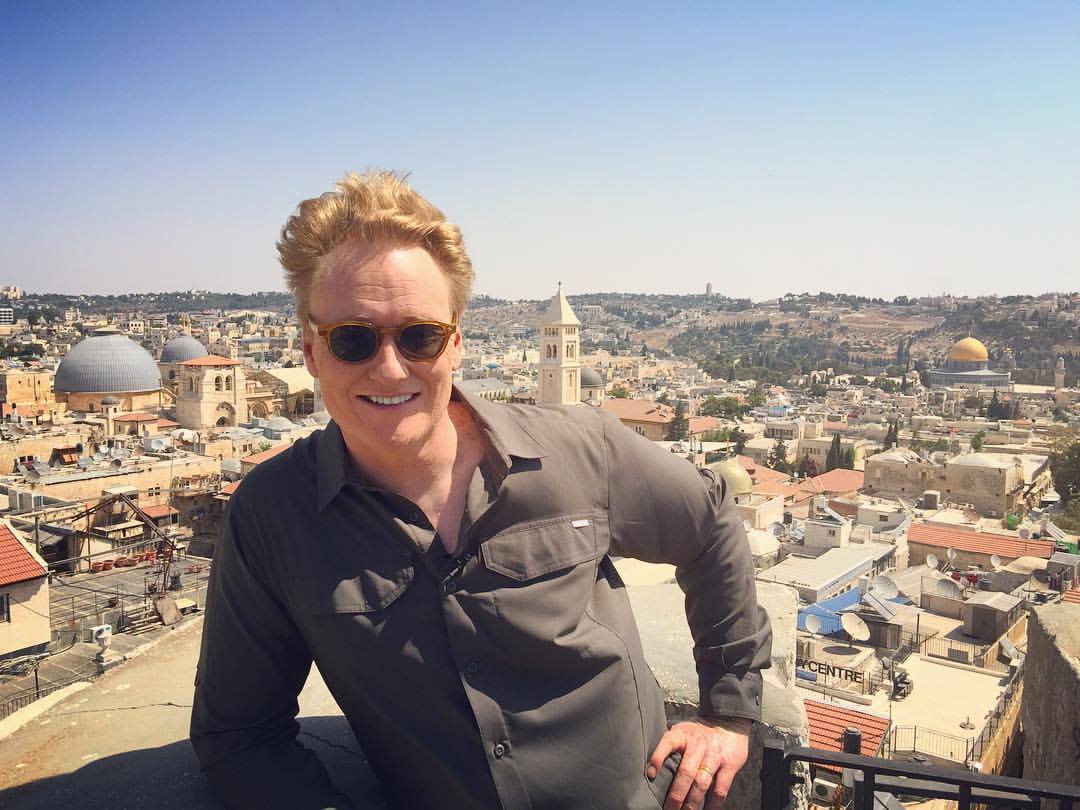 Despite the role of Jews in comedy in America, there tend to be very few members of the Tribe hosting late-night talk shows. So kudos to Conan O’Brien for taking his show on the road, or rather, on an El-Al flight; Conan has come to Israel.

“Conan Without Borders” is an ongoing show special; O’Brien created an episode earlier this year where he visited and produced his show in Mexico. And now, he’s in the Holy Land, eating the food, seeing the sites, and meeting, God help us, Israelis.