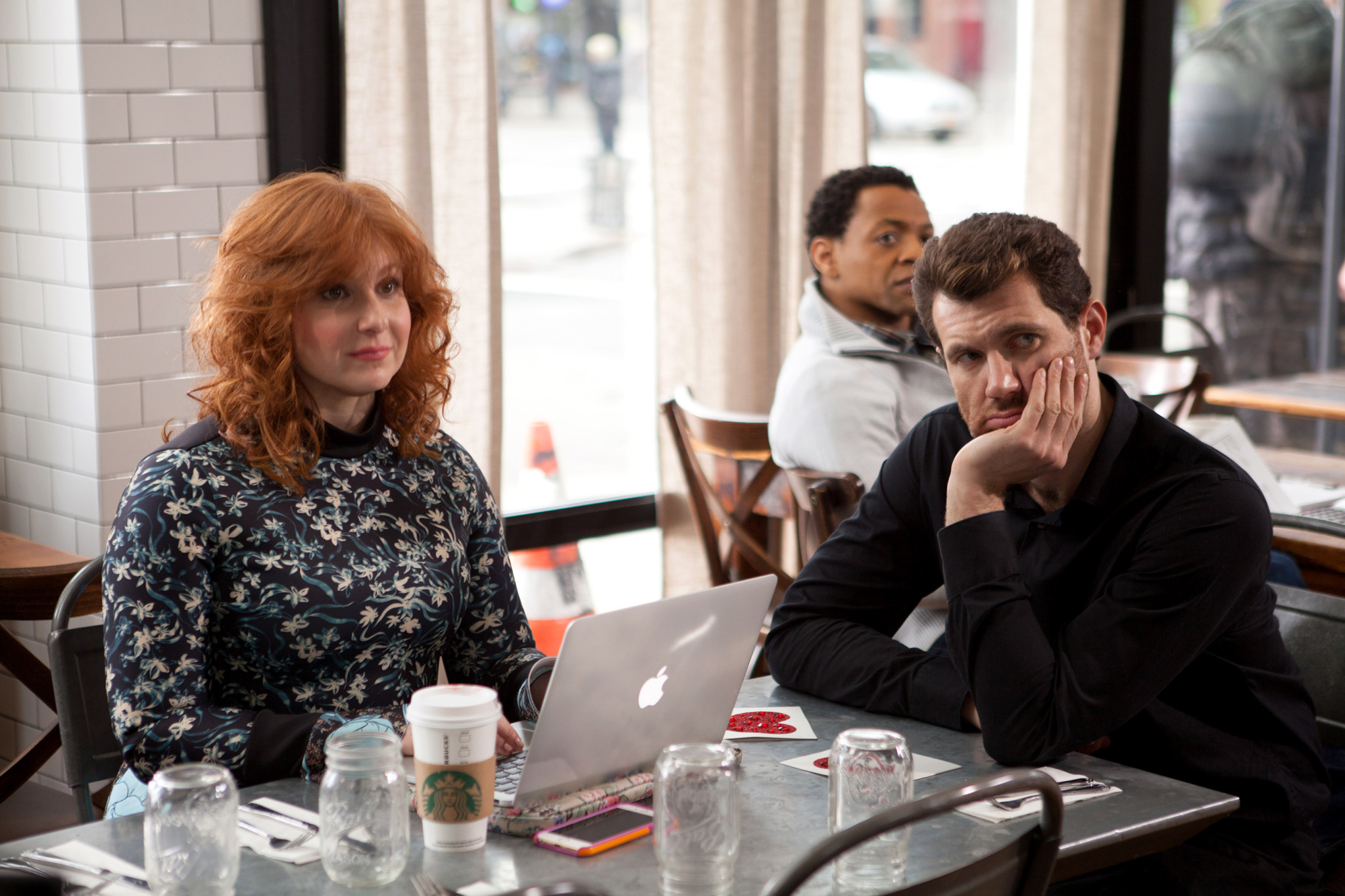 This year’s season of Difficult People is ending on Tuesday just in time for us all to reflect on our garbage person ways Pre-Yom Kippur. To quote Billy’s character, “we did the wrong thing and we still got nothing!”

Thank you for letting it be okay to be a dirt person. I constantly struggle to stay away from my garbage person impulses, but Difficult People really leans into the dirt person lifestyle. It is a celebration of all of the worst traits a person can have.

I would like you both to know that I am not planning to become an all out horrible monster, but just a person who occasionally thinks about herself before others. I really view what your characters do on the show as a form of self-care, because let’s be honest— they only really do care about themselves. It’s cathartic to watch you guys do the things I only dream of doing.

I appreciate your characters’ infusion of Judaism in their everyday activities. It’s not like we often see them doing Jewish rituals or celebrating holidays (though there are occasional examples— shout out to this season’s plot line where Billy’s Orthodox sister became convinced she had a Golem). Still, in the proud history of TV, their background, and sense of humor, infuses every part of their hilarious existence.

I also appreciate Jews mocking other Jews— it just feels right (you know you do it). You crafted characters whose Judaism is expressed through their love of pop culture, for example. Your characters watch The Real Housewives with the same fervor some people bring to Shabbat. They may not live Jewish lives in a traditional religious sense, but they still live Jewishly.  The way they perform a Jewish life may feel wrong to some because it isn’t this idealized version of what we “should” be, but that makes it feel all the more real.

As the Day of Atonement nears, I think of when Billy tells his frum brother on Yom Kippur: “Here’s the thing. You know what the holiest day of the year for me is? The Golden Globes.” His niece exclaims in response: “That’s the most Jewish thing I have ever heard.”

As we move into Rosh Hashanah this evening we are told to be self-reflective and contrite. Difficult People has helped me do both. I am thinking more about how I interact with the world so that I can be less of a garbage person. In this reflection I am realizing all the ways I can be better in the New Year. I will apologize to those I have dirt-personed-to and hopefully be just a bit less like your characters in the horribleness in the New Year.

Difficult People asserts that we as Jewish people will always be the Other in society, and it’s better to just embrace rather than hiding from it. What I love about your show is that Julie and Billy are unapologetically themselves, dirt person ways and all.