The Man of Steel was supposed to be a progressive Jewish revenge fantasy. What went wrong? Read More 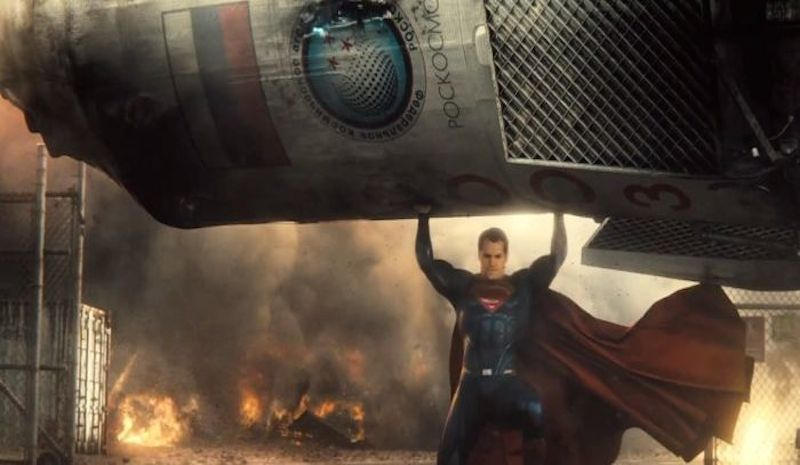 Since the release of the film Batman V Superman: Dawn of Justice, the Internet has been abuzz with discussions of what traits define Superman as a character. Unfortunately, his Jewishness has been left largely out of the conversation.

About one thing everyone agrees: the director of Batman V Superman, Zack Snyder, has crafted a character who’s a far cry from the square jawed Boy Scout who many people picture when they hear “Superman.” Snyder’s take on the character is more that of an emotionally stunted god, and of course, Snyder layered the Jesus imagery on as thickly as he could. Since Snyder’s Superman is a fundamental misunderstanding of how heroism and kindness work, it’s hard to tell who Snyder hates more: Jesus or Superman.

This cynical depiction of Superman, however, is not new. When you look back over the history of Superman as a character, you see a pattern, one that actually mirrors the status of Jews in America. As Jews have assimilated, so has Superman. The edges got sanded off over the years, leaving a character who can be done justice by some writers, but is commonly the victim of misunderstanding. After all, a big guy who dresses up in an American flag-like getup and beats you up if you don’t follow the American way seems more like a Trump rally attendee than somebody to admire.

This wasn’t always the case. The very first page of the first appearance of Superman, Action Comics #1, released in June of 1938, begins with Superman’s origin. It’s a version of Superman’s founding myth that’s largely familiar, but the parts it’s missing might surprise you. Most people know the basics of Supe’s origin, and it’s never been formulated more poetically than by comic book author Grant Morrison. In a fantastic comic called All Star Superman, Morrison writes, “Doomed planet. Desperate scientists. Last hope. Kindly Couple.” Nothing has encapsulated the beginnings of the alien who stands for “Truth, Justice, and the American Way” better than those eight words.

So what’s surprising about that first appearance is that there is no kindly couple. The implication is that Superman has grown up in an orphanage. Plus, Superman doesn’t stand for that iconic trinity of values. “The American Way” is absent; it was added later, around the same time that “Under God” was appended to the Pledge of Allegiance. Furthermore, Superman can’t fly or shoot lasers or use his super ventriloquism to mess with people (believe it or not, the latter was a plot device surprisingly often in the 1960s).

Even more shocking for those who haven’t read Superman’s early exploits is how much of a, well, bully he is. He’s not yet a clean-cut American icon outsmarting mad scientists and humongous apes who shoot kryptonite out of their eyes.

Superman’s first adventure involves breaking into the house of the Mayor to save an innocent woman from death row. Supe then terrifies to the point of fainting a man abusing his wife, crushes the car of a group of creeps, and threatens to electrocute an arms dealer bribing a US politician. For his enemies, it’s like a horror story. You can run to the other side of the planet and Superman is standing behind you, threatening to straight up murder you if you don’t stop profiting off of the military industrial complex. And the wildest part is, it feels like he might just do it. Superman is, in this incarnation, a progressive power fantasy, an icon of Jewish revenge against oppressors. He’s the pent up frustration of Jerry Siegel and Joe Shuster; two poor Jewish kids from Cleveland, the children of immigrants. They were losers and outcasts who were far from enthusiastic about the rich and privileged.

Without a Superman devoted to the “American Way,” the notion of the hero can seem a lot less safe and comfortable to those in power. He’s a nearly invulnerable alien who upholds a specific notion of truth and justice that abhors corruption and will force you and an enemy general to fight to death with your bare hands if you don’t acknowledge the futility of war and make a truce (see his second appearance).

Flash forward nearly 50 years to The Dark Knight Returns by Frank Miller and Klaus Janson. In this influential comic, you have an aging Batman fighting against both crime and the government in a 1980s dystopia. And who did Miller pick to represent the opposite of Batman’s armed revolt against the government? A very Reagany Superman, that’s who. A Superman who thinks that the best way to help people is by working for the government, even it means invading foreign countries, fighting the Soviets, and possibly starting a nuclear war.

So what happened in between these two drastically different versions of the Man of Steel? Well, assimilation happened. The status of Jews in America shifted dramatically. The price of getting into the country clubs turned out to be greater than expected, and Superman paid it too. Superman originally represented the Jewish immigrant experience, but that story drifted further and further into the past. His Kryptonian name, Kal-El, even sounds Jewish, especially in contrast with Clark Kent. But as Jews increasingly didn’t need to change their names to be successful, Superman’s dual identity became less of a potent metaphor and more of a fun gimmick. How is Superman going to prevent Lois Lane from figuring out who he really is this time? (Spoiler: The solution was usually robots. Superman had loads of robot duplicates of himself, which kind of lessened the tension.)

The decline of Jewish radicalism meant that Superman’s awesome power lacked that poignant purpose, and that’s where new themes came in to fill the gap. That usually meant totally absurd stories in the 50s and 60s, like the time that Superman turned into a lion man or discovered that JFK was a shape-changing alien.

Next, when Superman leapt from comics to films in a single bound, that’s when the big JC came in. Suddenly, the idea of somebody with awesome power choosing restraint and sacrifice became perfect for a generous helping of Jesus imagery. And so, this also means extra metaphor points for killing Superman off. When Superman died in 1992, for example, it was a huge deal. The comic sold like hotcakes, even though it came down to the inane conflict of Superman and a rock monster punching each other until they both die.

Still, some writers have not been content to abandon Superman’s more political, progressive roots. The aforementioned writer Grant Morrison worked on a series that had a great start in 2011 with an issue also called Action Comics #1, named for Supe’s introductory 1938 story. In a throwback, the issue begins with Superman threatening a corrupt businessman and declaring that there may be somebody who believes that the law applies the same to the rich and the poor in America, but that man is not Superman!

And next, Gene Luen Yang, a wonderful cartoonist who has been writing Superman comics, will be using the death of Clark Kent to introduce a new Chinese Superman, who by losing the “American Way” can perhaps recapture some of what’s been lost over the years. After all, Supe’s in the hands of an artist who is, like Superman’s original creators, the child of immigrants.

And perhaps the underwhelming performance of Batman V Superman at the box office has revealed a dissatisfaction with Superman as a brooding loner uncomfortable with heroism. Many have argued that the Superman we need has been the upstanding Boy Scout all along.

I believe the time is ripe for a Superman revolution. A rich guy who dresses up like a bat and punches poor people because he misses his parents? No thank you. An outsider who pretends to fit in while secretly working to undermine the systems that keep people down? Sign me up.