You Are Invited Into Idan Raichel’s Living Room 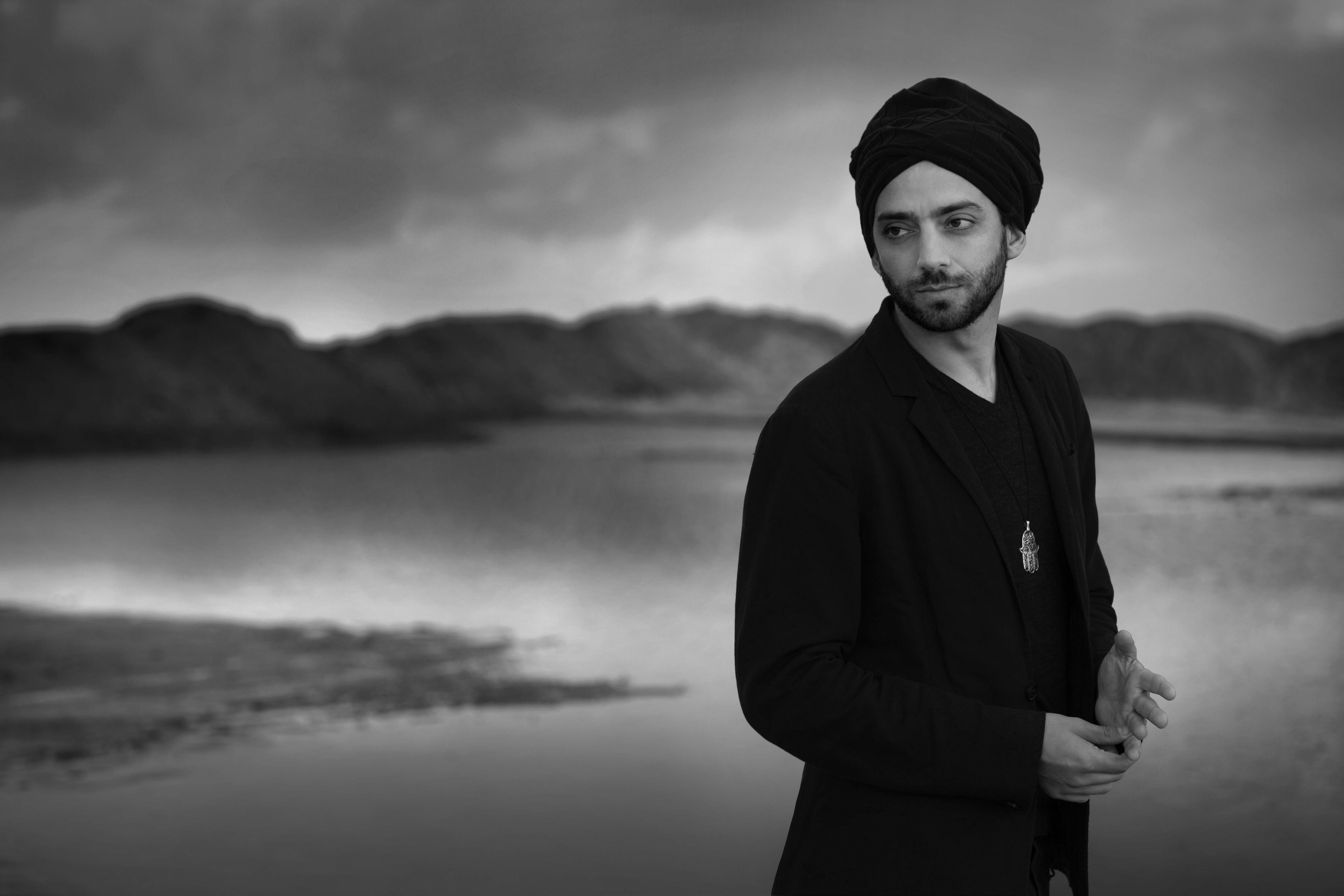 For almost 14 consecutive years, Idan Raichel was on tour. Alongside with his motley crew of singers and musicians, he traveled across the globe, performing for large and small audiences, bringing life each night to his unique mix of Middle Eastern sounds and lyrics. While on his most recent tour, the now 40-year-old Israeli musician received a video-call from one of his daughters. “Papa,” she said. “Are you angry at me? Why are you not coming home?”

Raichel was taken aback. For him, that was a moment of truth; he understood that while he was out there performing, someone else was paying the price for it. So after completing the tour, he returned to his home in Tel Aviv, and began a new routine, dominated by his daughters’ needs (“Every morning, I prepare shoko for them”), their kindergarten, the coffee shops in Tel Aviv and the people who bring them to life.

Nine months later, he’s ready to hit the road again. But this time, it’s without his band, the Project, with whom he created some of his greatest hits, including his break-through song, Boee, which featured a blend of whispered Ethiopian vocals and a lightly-tapped percussions.

When I called Idan Raichel to discuss his impending North American tour, he was at his parents’ house, on the countryside, just a 20-minute car ride away from the chaos of Tel Aviv. It was 5 p.m. in Israel and I could hear the chanting of birds; Raichel was taking a walk outdoors.

Going solo was both a relief and a challenge, he explained. The attention is now cast solely on him, which translates into more pressure, but also the chance to create a more intimate dynamic between performer and audience; Raichel wants his new show to feel like an evening in his own living room. “I won’t be surprised if the audience asks questions during the concert—or even asks me to play a song.”

During his time off, he still took the time to release a new album, Idan Raichel – Piano – Songs. It’s the result of his last tour and his transition into solo artistry; it’s a moment for himself and, of course, his piano. Leading the publication of the record, there’s a new song, Lisloach Ve’Lishkoach (To Forgive and to Forget), an introspective, delicate piano ballad which describes a cathartic moment of pause. “It’s time for cleansing, time for self reckoning,” he sings. Raichel speaks of self-reflection, but his new music is also a result of changes in the world around him. “I felt like there was a lot of anger in the streets of Israel. It’s the same in the United States. Everything is so fast, everyone is telling you what they think to your face… there is no politeness, no class. It’s too much.” The song was also inspired by a tragedy that hit very close to home: one of his good friends has been paralyzed for eleven years after being wounded during his army service in Israel. “He can’t move a finger,” said Raichel, who tried to write the song from his friend’s perspective.

It’s hard, if not impossible, to remove Israel, including those streets filled with anger, from Raichel’s music. He is Israeli. And because of that, for the past decade, his shows abroad have been relentlessly targeted by the BDS movement, which advocates for a boycott of everything—products, artists, academics—made in Israel.

Raichel is a gentleman.

Whenever protesters camp outside of the venue where he’s performing, he visits them, tries to strike up a conversation, invites them inside. If it’s cold, he offers them tea; sometimes he even gives out his personal phone number, inviting them to call him, discuss their point of view, hear his perspective. (Most times, they decline. Only in Amsterdam, recently, someone took his email and reached out to him).

“When people stand in the middle of February outside of my concert calling for my boycott, and it’s minus zillion degrees, I must say—I have respect for them,” he said. “I invite them to ask questions, if they want to create a dialogue. I invite them to Tel Aviv and Ramallah, to come and see it with their own eyes. I don’t take it personally.”

Raichel is no stranger to critiques. Most commonly, he’s been criticized for cultural appropriation. “Cultural….what?” he asked me, not understanding my question. I explained to him the meaning of the term.

“Let me give you an example,” he said. “Let’s say… there is a farmer who wants to grow the perfect tomato: with a beautiful red color, with the richest and sweetest taste. He finds the right temperature to grow it. And then, I come in, take the tomato, chop it, add it to a cucumber, make a salad out of it, and use it as a side dish to my schnitzel.”

I could easily imagine the horrified look in the farmer’s face. But Idan Raichel has made his point: “I’m not trying to make Ethiopian music—I’m making something Israeli that is influenced by the Ethiopian community. I’m taking the sounds of minorities into the mainstream. We were the first to bring Palestinian, Moroccan, Yemenite chants into the Israeli mainstream.”

A rabbi once criticized him for including biblical texts in his lyrics; he thought Raichel was “manipulating” the Bible into pop music. A day later, another rabbi praised him for the same reason, telling him that when people wonder about the origin of the lyrics, they might discover where they come from and learn something from the Bible they did not know before. “It’s a matter of perspective.”

As we were about to end our phone conversation, I asked him where his walk had led him.

“I got to the old house of my grandmother. She passed away, but we kept her house for the family. I wanted to see how it’s changed,” Raichel said. “I grew up here.”

I left Idan to his memories, eager to find him again in a few days—this time, in New York, where he’s performing on February 21st.