The Holocaust itself is on trial in the new film that challenges the extermination of Jews as a factual inaccuracy. Read More 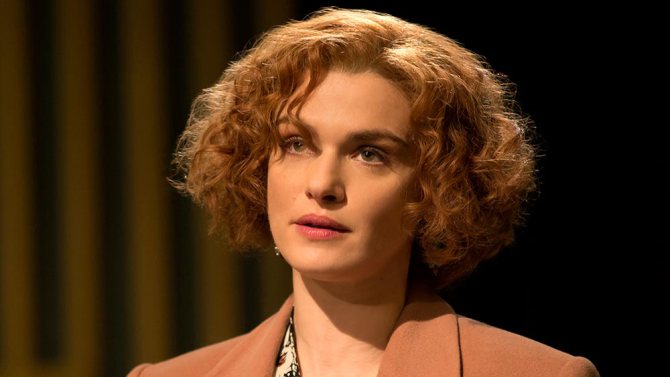 There are certain subjects that are considered to be taboo, and anyone who challenges them is faced with immediate criticism and stern judgment. However, what those subjects are isn’t universal, and what one person or nation considers to be irrefutable, another might consider to be very much up for debate. Unfortunately, the Holocaust is one such topic, and Denial tells the true story of a noted Holocaust denier’s lawsuit against a historian who dedicated her life to exposing those like him. The film explores a thorough and very technical investigation into larger ideas of guilt and culpability.

British actress Rachel Weisz plays American historian and professor Deborah Lipstadt in this very British adaptation of the real-life libel suit brought by David Irving, an author most famous at that time for his extensive biography of Hitler. Irving’s unexpected appearance at a lecture and book signing of Lipstadt’s includes a stunt in which he offers $1,000 to anyone who can give him incontrovertible proof of the Holocaust, and as the trial begins, he dives even further into the sensational to make his claims, representing himself with the utmost gusto and fervent energy.

Viewers are likely to feel exactly like Lipstadt, who sees the case through a distinctly American lens of right and wrong. She is shocked to discover that, in the United Kingdom, the burden of proof lies on the accused rather than on the accuser. She scoffs at the notion that Irving can say whatever he wants and it is her responsibility to show that it is untrue. Her role in the trial is also not what she expected, as her formidable English legal team instructs her that it would be better for her not to testify, and, worse still, that no Holocaust survivors will be called to the stand.

Keeping both humans and humanity out of the case is a mind-boggling notion, one that might make legal sense but contradicts basic instinct. Prohibiting survivors from testifying is seen as a necessary means to prevent Irving from twisting their stories and dehumanizing them, but making it all about the facts, and not emotional experiences makes this entire ordeal feel awfully scientific. At Auschwitz, Lipstadt chants “El Maleh Rachamim” with another visitor as the sole act of memorialization during an otherwise solely research-related trip with her lawyer, and she snaps at him when he asks questions  that frame the Shoah as purely clinical and legal, that negate the fact that actual people were murdered.

The main argument that Irving uses, which Lipstadt’s legal team seeks to oppose, is that a single inconsistency or mistake can disprove an entire idea. For example, if just one detail is wrong about the remnants of a gas chamber in Auschwitz, then they must never have existed in the first place. The press seizes on a horrible tagline – “No Holes, No Holocaust” – which shows just how much the minutia can matter, especially when it’s magnified to draw the highest readership. And this before the advent of Photoshop and other technological capabilities to deliberately alter and rewrite what has happened. All Irving has is what he says, and that proves to be a very dangerous weapon indeed.

As a film, Denial is pretty straightforward, not filling in too much background about either Lipstadt or Irving and instead getting to the meat of the trial. As with any legal drama, there are ups and downs, and some of the more significant moments are especially stirring, due in part to the film’s lack of flair and straightforward nature.

Weisz and famed British actor Timothy Spall are well-cast opposite each other, Weisz presenting a relatable and sympathetic portrait of a woman fighting for what is right and Spall lending a villainous, sniveling attitude to the large personality that is Irving. Tom Wilkinson and Andrew Scott also prove useful as far more stoic members of Lipstadt’s legal team, anchoring the emotion of the case and keeping it grounded. As a chronicle of recent history, this film functions well enough, but as a testament to an important and educational piece of history, it’s far more crucial.