So, Who Are the Jewish Pro-Wrestlers These Days? 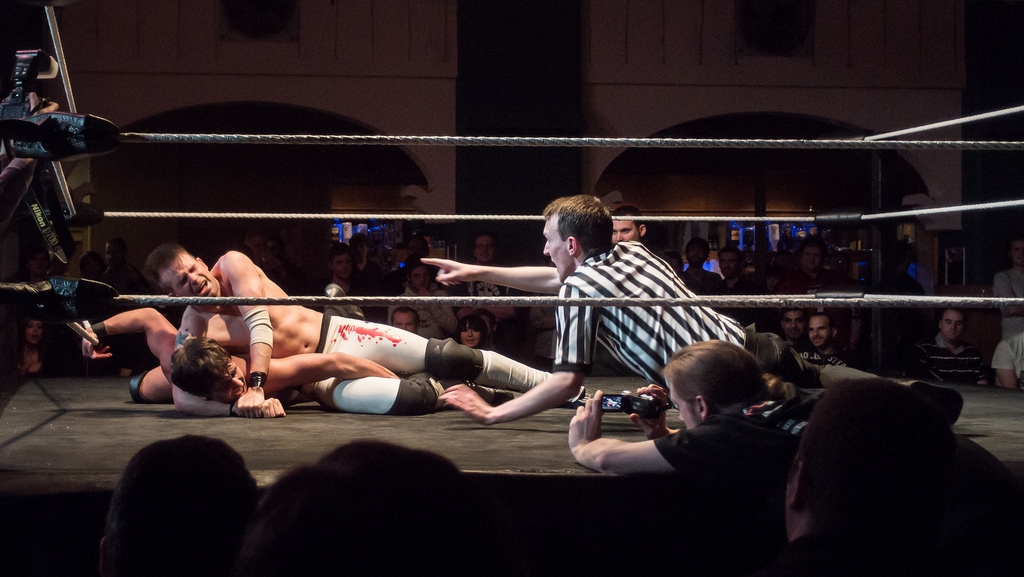 Like most other sports, and pretty much every form of entertainment, if you look for them, you can find Members of the Tribe participating. Even non-wrestling fans have heard of Goldberg, who only just came out of retirement, to kick butt and leave again… for now. And with GLOW about to debut on Netflix, wrestling is about to reenter the spotlight. So, while there have been many wrestlers, trainers and promoters of Jewish heritage over the years, who do we have in the ring these days?

Noam Dar has the distinction of being first Israeli signed to World Wrestling Entertainment. Raised in Scotland (with an amazing accent to prove it), the 23 year old has been wrestling since he was a teenager; he rose through the ranks of the independent circuit and joined WWE just last year. Unfortunately, his role as a heel (bad guy) may overflow into real life; he’s said some really racist, and otherwise gross things on Twitter.

You can watch him perform, and also hear the announcers pronounce his name in an aggressively Americanized fashion:

If you want someone else mildly uncomfortable to root for, Robbie E (born Robert Strauss) performs as an over-the-top Jersey Shore-esque Italian stereotype (he is in fact a Jewish boy from New Jersey). You may have also spotted him on The Amazing Race a few seasons back. He has appeared on WWE, but he’s signed to Impact Wrestling, the country’s second-biggest circuit.

But you can be a Jewish wrestler with a Jewish persona, too. Colt Cabana performs these days on an indie circuit known as Ring of Honor, though he’s fought in WWE as well. Not only is he into his Jewish identity, a la Goldberg, he’s made it part of a wrestling character (He once named his teamup “Irn-Jew”). Colt’s real name is Scott Colton (from Deerfield, Illinois), and he has wrestled as Scotty Goldman, and been called “The Iron Jew.” Colton leaned into his identity after experiencing anti-Semitism early in his career.

Watch him fight, of course, but also watch him talk about Jewish culture. He’s delightful”

Photo of Noam Dar (vs. Jimmy Havoc) by Ed Webster. Via Flickr.