Korean or Hasidic— Wait, What?

The mashup you didn’t know you needed. Read More 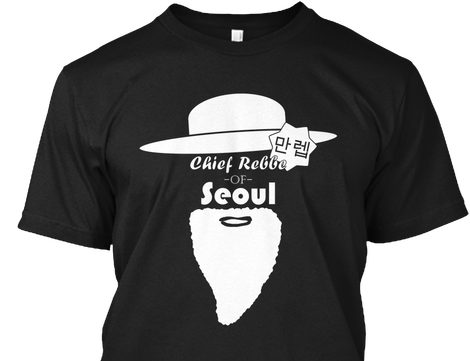 First there was “Hasid or Hipster?” Then there was the Beyonceder. And now the latest Jewish pop cultural mashup you didn’t know you needed is “Korean or Hasidic.”

The website (Can you believe KoreanOrHasidic.com wasn’t taken yet?) is mainly there to present a single quiz: Ten clips from either Korean pop or Hasidic music. You have to figure out which it is. It’s harder than you think; the average quiz-taker gets about 6 out of 10 right. Who knew that k-pop would make such a good hora?

As you make each of your guesses, you also get fun factoids about where Korean and Jewish culture intersect (did you know you can buy kosher kimchi?). You can also, if you so desire, buy a t-shirt (or mug) with a minimalist Hasidic face that reads “Chief Rebbe of Seoul.” Sure! (Though for the record, the Chabad rabbi stationed in Seoul is one Osher Litzman.)

The mastermind behind the website is Ezra Yellin, who is neither Korean nor Hasidic (though he has since heard from academics interested in similarities between the two cultures, as well as religious Jews who have lived in South Korea— and still had trouble with the quiz).

“My brother noticed that one of the songs on a k-pop playlist he was listening to sounded surprisingly Hasidic,” he told Jewcy via email. “I thought it would be fun to put together a quiz challenging the player to distinguish between the two genres of music.”

Because the Internet is a magical, weird place, that’s just what he did. And now you, dear reader, may reap the benefits.