What IS a “Mazel Tov” Cocktail?

We have the official answer, and it’s older than you think! Read More

Last night on CNN, Donald Trump supporter Scottie Nell Hughes had a slip of the tongue and said “Mazel-Tov Cocktail” instead of “Molotov cocktail.” The video has gone viral, and “Mazel Tov” is trending on Twitter. Reactions on the Internet include amusement, Jewish pride, derision, confusion, and eagerness to come up with recipes. Deadspin asked, “What is a mazel tov cocktail?” Merriam-Webster chimed in, “No, we have no idea what a ‘mazel tov cocktail’ is.” With so little time left until Election Day, the Internet needs an answer!

What is a "mazel tov cocktail" pic.twitter.com/xmTiBnoaia

Mazel-Tov Cocktail was a Jewish punk zine (that Jewcy has covered!) put out by Jennifer Bleyer in 1995. In the zine’s opening letter, Bleyer said one goal was to “show that there is more to Jewish accomplishments nowadays than just Barry Manilow.” 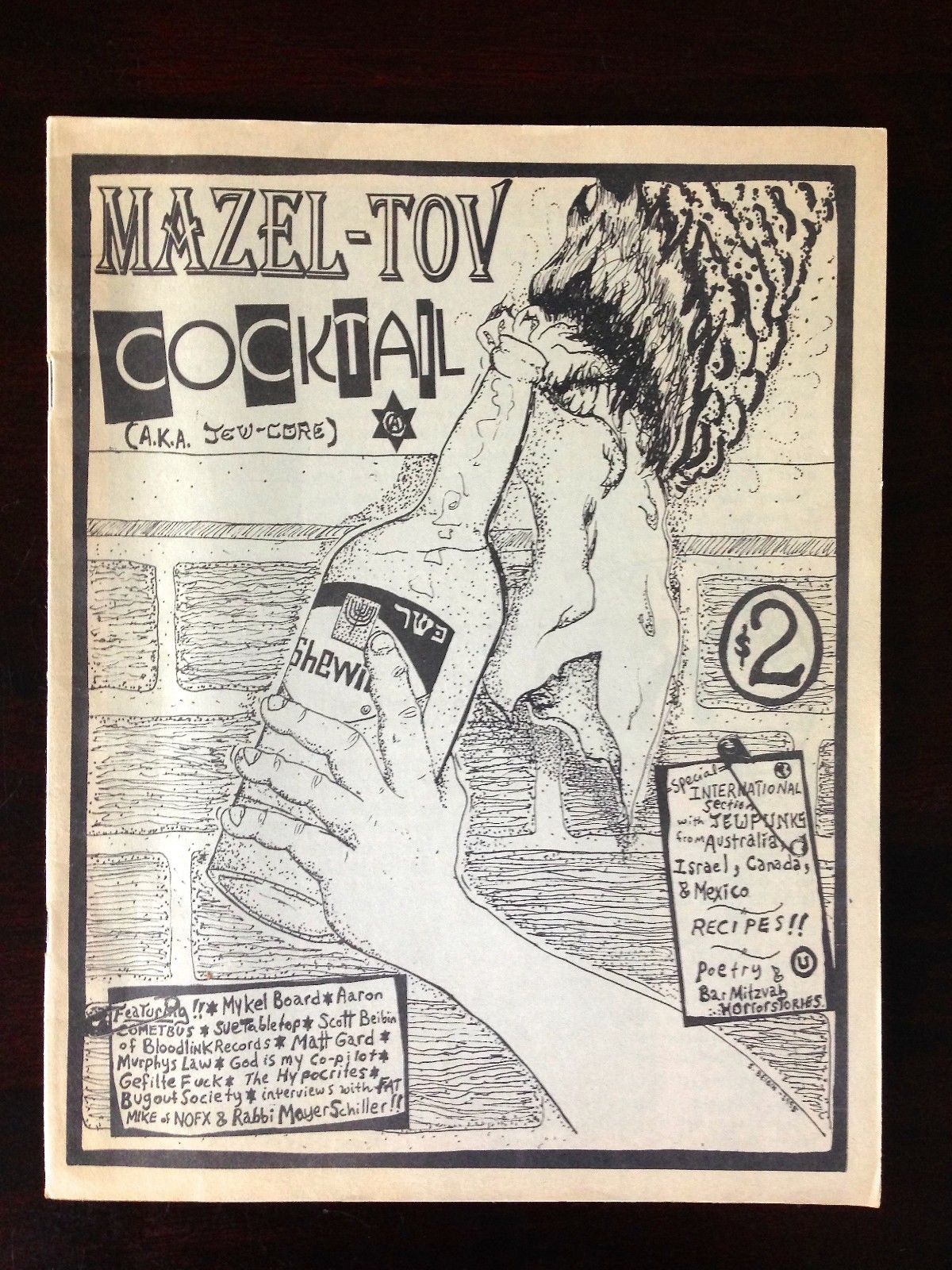 In my book, Oy Oy Oy Gevalt! Jews and Punk, I called Mazel-Tov Cocktail “the first comprehensive work delving into the connections between Jews and punk.” The zine’s back cover featured a (mostly correct) list of punk artists who were Jewish, including members of the Ramones, The Clash, and Bad Religion. The most prominent interviewee was Fat Mike of NOFX. There were clever articles, a comic strip, a “Jewcore Photo Album,” and a recipe section (“The Nosh Pit”).

One highlight was the story of Traif Nation, a supposed hardcore band. In 2014, Bleyer told me that the article might have been “a farce.” The band members allegedly used to play a game in Hebrew school in which they shot “pork pellets” out of a “potato gun” against the blackboard. The article explained:

You see—this early delinquent behavior was obviously rooted in a very real social dilemma. Hebrew school universally being held on every Tuesday and Thursday, that excluded us from participating in afterschool activities such as: YMCA, Girl Scouts, ballet lessons, Little League . . . so what’s a poor kid separated from the mainstream to do but stand up and yell, “Daiyenu”? Soon we weren’t accepted by the goyim or the Jews we crossed for being anti-kashrut rebels. And all that pent-up frustration and anger flowered and evolved into Traif Nation. And if you ever come to one of our shows you just might get a mouthful of Spam!

In an interview for Oy Oy Oy Gevalt! Jews and Punk, Bleyer reflected that Mazel-Tov Cocktail was about “reconcil[ing] that you can feel good and positive about being Jewish, but it’s not your all-consuming identity. . . . And the whole thing that was interesting to me about exploring Jewishness and punk was just seeing how much affinity there really was.”

Mazel-Tov Cocktail did more than just lay the groundwork for future assessments of Jewishness and punk. It was the progenitor of the groundbreaking Heeb magazine, which Bleyer founded in 2001.

And if you feel the answer to this question needs to be drinkable, welcome to the 2016 election.