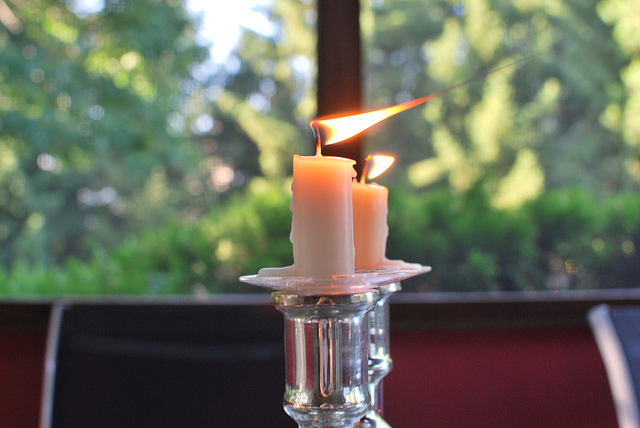 The first poem here emerged from a practice I’ve adopted over the past few years of combining close study of Jewish texts with creative-writing prompts. I was introduced to this sort of work through classes offered by Amy Gottlieb at the Drisha Institute in New York; after those courses ended, a few of us decided to continue meeting on our own. “Birthright” stems from study of Parashat Toldot—which is to be read in 2017/5778 on November 18.

the sound of one twin’s voice

and detect the scent

of each from his garments;

alas, how the story

could he have distinguished

Esau’s skin from a goat’s.

For this next poem: I struggle somewhat with my level of Shabbat observance. And I also struggle with my addiction to my iPhone and various social-media platforms. About a year ago, following the rush of online reactions in the aftermath of the presidential election, I began trying to disengage for one day each week: Shabbat. And that’s the impetus for “Sabbath Rest 2.0.”

About that Fourth Commandment:

I just haven’t kept it holy.

But these days, I do keep it

And when the sun sinks and sets

and the three stars appear,

and ready, once again,

to face all that awaits.