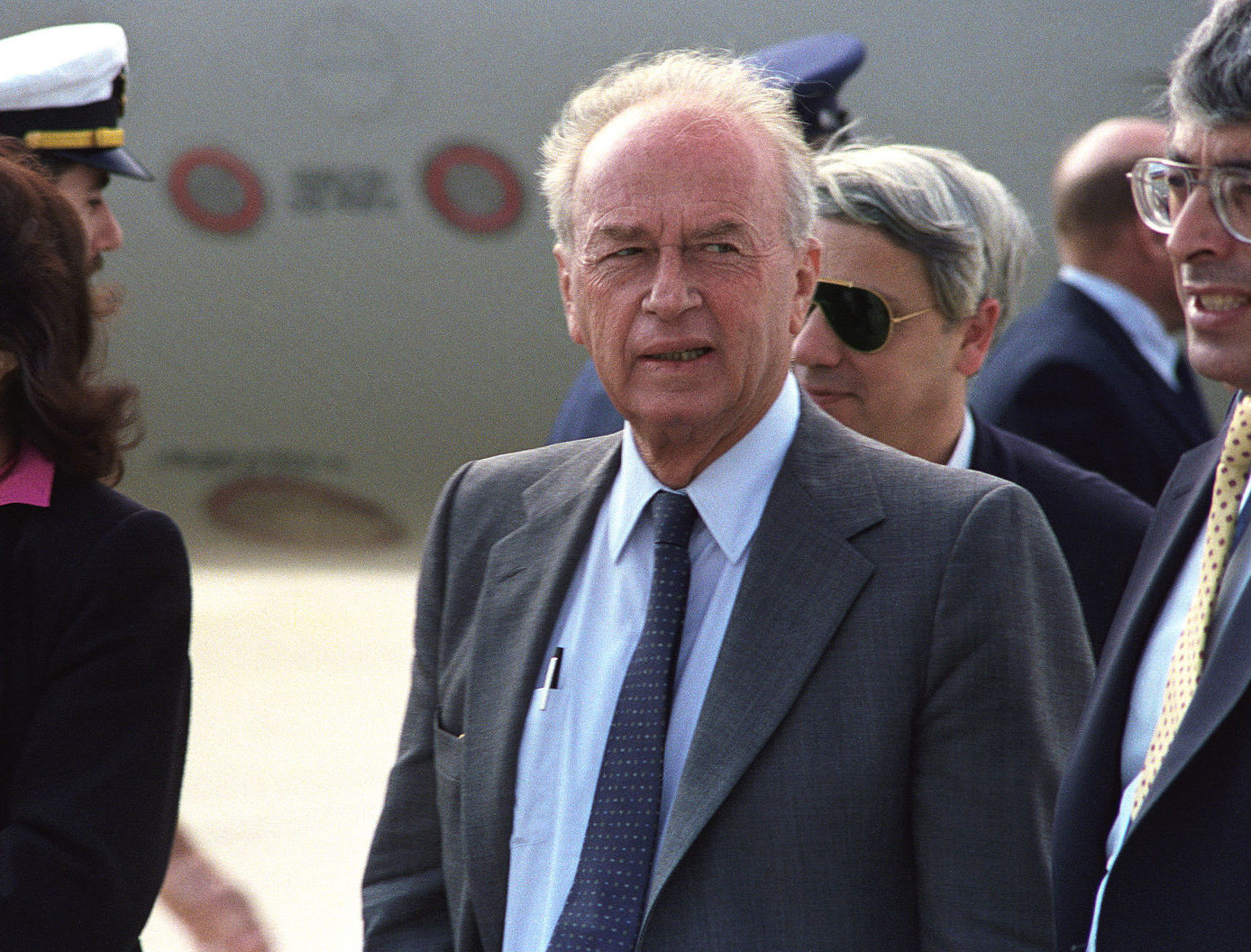 I wrote a poem when Ariel Sharon fell into a coma: it just started dictating itself to me as I walked down the street and I had to pick up stationery at my wife’s yeshiva when I got there to write it down. We left Israel six months after Disengagement and I read one of his biographies and was moved by his mother’s life, then wound up with a sequence of poems by different witnesses, a curious history of the state. This is the view of Yitzhak Rabin— whose birthday on the Hebrew calendar falls this evening, Rosh Chodesh Adar— who promoted him on condition that he behaved himself, and later as PM employed him as a security advisor to decide what land to cede in the Oslo Accord, while Sharon loudly decried the Oslo Accord in public. As PM Sharon also ceded territory and also faced threats to his life.

You’ve got no tact

To play a part

In any joint decision;

You’ve got no heart

Of any bit of action.

You do not listen.

When a military policeman

You do not show any discipline, chew him out

To your men, make sport

When it comes to discussing promotion.

How you talk does not improve the situation.

When you go behind his back

Or over his head to the kitchen cabinet

Because you have Ben-Gurion’s private line

Or some other way to get your own back

Every time you get your way

Another enemy is waiting.

The army is like playing a game of chess

You need to see where pawns

Are waiting to take your Queen.

Who will you go to?

Who can you call when your latest plan

Is foiled because the next man up the totem pole

Remembers exactly what you mean by discipline?

You do not have the patience.

I’m giving you the Northern Command.

Get out of here. Prove me wrong.

To be a man instead of talking to the mountains.

On that day remember me.

You do not have to always win

To be a good statesman.