‘Songs of Leonard Cohen’ at Fifty

The song-master started with Jesus and took it from there. Read More 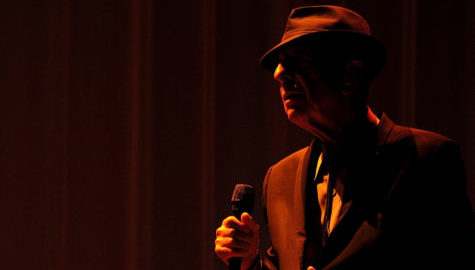 This week marks the fiftieth anniversary of your favorite dead Jewish Canadian releasing his debut album: Songs of Leonard Cohen. This is the best thing to happen to Leonard Cohen this week, since mostly his legacy has had to suffer gentiles trying to twist “Hallelujah” into a Christmas song.

Of course, Cohen didn’t keep his Biblical references solely Jewish. In fact, examining this album can feel very… Christian. The man would one day write a song inspired by Unetane Tokef, but in the very first song of his very first album, he mentions Jesus by name, and we move from there. Joseph (from the New Testament) comes a couple of songs later. He somehow has an entire song about some sort of experience with nuns. He mentions saints and crucifixes, and nothing of tzadikim or mezuzot.

Also, let’s take a look back at the Jesus reference in the first song, “Suzanne.” This Christ figure is “almost human,” and hermit-like— a lonely man of faith. The last we see of him, “He sank beneath your wisdom like a stone.” For Christians, Jesus rises. For Cohen, he sinks. There’s no hint to be had of the resurrection.

And then, there’s the song that was originally cut from the original album, but concludes the 2007 re-release. The song is “Blessed is the Memory,” which is a Jewish phrase if there ever was one. The song is one of loss, with references to war— perhaps a Shoah comparison is too literal, but its imagery of trains, and snow, and weeping photographs are certainly evocative. The loss it describes “of everybody’s child” is at once both intensely personal and universal— a Jewish response to tragedy.

So for the most part, Cohen’s debut album is crypto-Jewish compared to his later works. But the poignancy, the artistry, and the uncanny feeling that someone has finally put your own feelings into work were present from the start.

“Blessed is the memory” of Leonard Cohen may be on the nose, but go back and listen to the debut album, and just try not to pray.