Where does the new DC TV crossover line up with other alternative Jewish histories? Read More 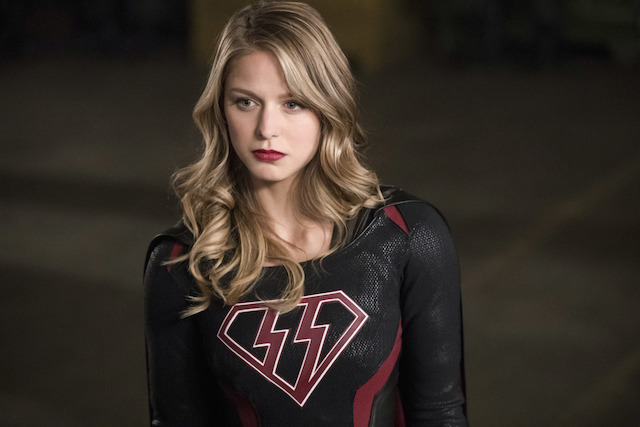 The CW is up to four shows that simultaneously take place in the DC comic book universe— that’s The Flash, Supergirl, Arrow, and Legends of Tomorrow. Tonight will begin their annual crossover, “Crisis on Earth X” as all four shows briefly share the same plot-line, full of wedding veils, one-liners, cheap leather and… alternate universe supervillain Nazis?

To no one’s surprise, the idea of our beloved heroes masquerading under swastika hoods has raised pulses online, although, naturally, one can predict that our beloved heroes will no doubt triumph in the end, pausing along the way to throw a few right crosses into a few Nazi faces. There are several reasons for the skepticism: some are simply tired of Nazis as plot devices; others find it disrespectful to portray Jewish-created icons as their fascist nemeses. Really, it boils down to an ongoing question over how to represent the Holocaust in fiction: is it sacred or is it profane?

This has been an artistic debate since the limping aftermath of World War II, when Crossfire, a deep-in-the-shadows film noir, and Gentlemen’s Agreement, a Very Important Picture, both tackling the specter of anti-Semitism, battled for top prize at the 1947 Academy Awards. (Spoiler: Gentleman’s Agreement won out.) If you ask the Academy voters, year after year, it seems the only way to score points is with Oscar bait—Schindler’s List, Life is Beautiful, The Pianist, The Reader, etc., etc. It would be cruel to lump them all in the same boat (I will, after all, never doubt the sincerity of Spielberg), but, after a while, you begin to grow cold in the sight of new and shamelessly manipulative emotional Holocaust porn. The same images, gray, ground-up, replayed until rote. The same heartstrings plucked like an out-of-tune fiddle. The same. The same. “Good” German as hero, Jew as object, maybe pummeled, maybe tortured, but always saved, and if not, well, haven’t we learned a lesson about humanity? The same.

But there has always been an alternative—alternate histories. Time and time again, artists have cracked at the skeleton of history to see if they could reset it on a different path. Jews are an introspective lot, so it follows they’ve tried their hands at similar diagnoses: what if Charles Lindbergh and his America Firsters had defeated FDR (Philip Roth’s The Plot Against America)? What if a Khazar army had existed in the corner of Hitler’s Europe (Emily Barton’s The Book of Esther)? What if Kafka had been saved by a golem hiding in Prague’s Old-New Synagogue (Curt Leviant’s Kafka’s Son)?

Some of these questions have happy answers, as in Quentin Tarantino’s revenge thriller-cum-spaghetti western Inglourious Basterds, which features (spoilers for many of these) Hitler and his cronies gun-blasted in the head. But Jews are a pessimistic lot, too, so often we’re left more uncertain than before (as when the Frozen Chosen of Michael Chabon’s The Yiddish Policemen’s Union find themselves once more homeless and booted from their Alaskan refuge). This may be because these grimmer alternate histories are not really asking what if the Nazis won or lost—that’s a decided point. Instead, the familiarity with the subject allows them a canvas on which to explore wider thoughts.

The Plot Against America, for instance, has renewed life in a world that may not have remembered America First is a tried and true (and failed) phrase. The Yiddish Policemen’s Union and Simone Zelitch’s more recent Judenstaat both grapple with the Israeli-Palestinian conflict by transplanting it to different places and times—the first to an Alaskan territory full of black hatters and the second to a Cold War-inflected Germany, awarded to the survivors after the end of the war.

Both of these novels follow in Crossfire’s tonal footsteps of sculpting their alternative histories in a hardboiled Chandleresque mold (to suggest, perhaps, that you can create as many worlds as you want, but corruption is universal). This structure allows information to be doled out piecemeal and the façade of improvement exposed as just that—a façade. Perhaps the prime example of this sub-genre is Lavie Tidhar’s A Man Lies Dreaming, which takes both the World War II alternate history and crime fiction ideas to their electric conclusion by making his protagonist a London-based private eye named Wolf hired by a Jewish femme fatale to find her sister, only to reveal that Wolf is in fact Adolf Hitler in hiding, the German communists having won the election in this version of history. The premise seems preposterous and almost offensive, until Tidhar throws another wrench in the gears and introduces a second perspective—that of a former Yiddish pulp writer, Shomer, who is imprisoned in Auschwitz and dreaming of this whole other reality as an escape. Indeed, in the end, it seems what Tidhar is really exploring is not what ifs, but hows: how do we talk about the Holocaust?

Director Laszlo Nemes, discussing why he felt compelled to shoot Son of Saul in such an immediate style, said, “the Holocaust is becoming a sort of myth… some kind of fantasy world.” Son of Saul of course takes place in our world, but wholly and unabashedly rejects the period piece ghettoization of Holocaust films and turns it into a thriller. A way, Nemes feels, to keep the memory alive. The same could be said of these excursions to actual fantasy worlds.

Before World War II, Jewish comics creators were the first line of defense against American complacency. Supermen in spangled tights ‘kapowed’ and ‘bammed’ their way through failed diplomacy. The sacred meeting the profane. Now, again, when this generation is cottoning on to the underbelly of neo-Nazi movements in this country and elsewhere, it seems these icons are leading the fight. After all, how could Supergirl and the Flash ignore a world succumbed to evil, even if they were ignorant until now, even if it is not their own?

You can’t let the Holocaust grow stale. You can’t let it become period piece and period piece alone. The past has to stay present or else we’ve already damned the future. It won’t rest easy on some stomachs, but when is genocide supposed to?