What does it take to get to space? Read More 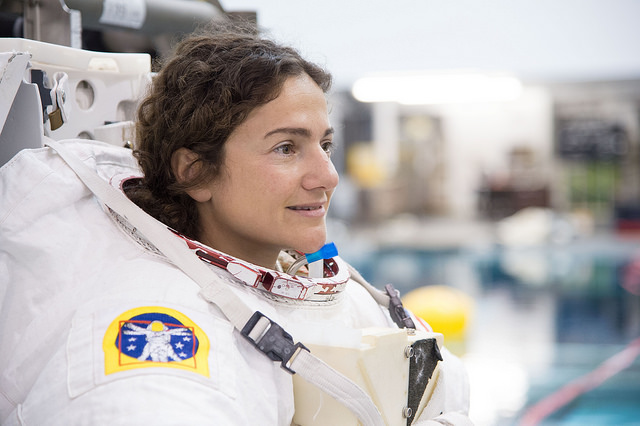 Almost every child grows up wanting to be an astronaut, but Jessica Meir has actually done it. Meir has yet to go to space but when she does, she will be the the fifteenth Jewish person to go to space but only the fourth Jewish woman. (Right now there are forty-four “active” astronauts like Meir, and the last Jewish astronaut to go to space was Garrett Erin Reisman, who went twice.) In a recent conversation with Meir she described the process of going from a young child dreaming of making it to outer space to the amazing astronaut she is today. Meir was is also featured in the PBS Documentary Beyond A Year in Space, which focuses on Scott Kelly’s record-breaking yearlong mission to explore the effects of long-term spaceflight, and what the next generation of astronauts can learn.

Meir, 40, grew up in Caribou, Maine, the daughter of an Iraqi Jew who was an early volunteer for the Israeli Army. From childhood, Meir’s passion for science set her on the trajectory she’s still on today. She received her undergraduate degree from Brown, completed graduate work at the International Space University (part of the University of British Columbia), and received her PhD from Scripps. Even though her aim is to reach a place with no air or water, she has done extensive research on the physiology of wildlife; her doctoral thesis was on the diving physiology of emperor penguins. When not training with NASA, Meir is an Assistant Professor of Anesthesia at Harvard Medical School and Massachusetts General Hospital.

Meir’s journey to space started in earnest in August of 2013, when she was named of one of the eight members of the NASA’s 21st class of astronauts. The next two years were ones of intense training. Naturally there was the flight training, but she also had to had to learn Russian, which is vital when you are traveling with Russian astronauts. She learned everything from how to use robotic arms to how to remove her space suit underwater (water is used a lot in astronaut training because it mimics some of the conditions of space). After two years, her class graduated to full astronauts and could now be assigned out on missions.

Meir will likely get sent to space in the next five to ten years. When that happens, she will likely spend six months on the International Space Station (ISS), which was only completed in 2013, the year Meir began her training. While on the ISS, astronauts participate in any number of research projects, from understanding gravity’s effect on life to creating technology for future missions. While Meir’s expertise is physiology, she’ll be ready to help with any other field of research. Still, Meir told Jewcy that she’s excited for the challenge, because NASA is built on a foundation of collaboration, that it’s collective efforts and each person giving it their all that allows the astronauts to launch into space— and stay safe there.

Meir demurs when asked about being a role model, but it’s obviously exciting when a Jewish woman to make it to outer space. We wonder what Judaica she’ll bring with her.

The second part of Beyond A Year in Space airs on PBS on November 15. You can watch a clip with Jessica Meir below:

Photo of Jessica Meir courtesy of NASA, by James Blair