Jewish Celeb March Madness: ROUND ONE 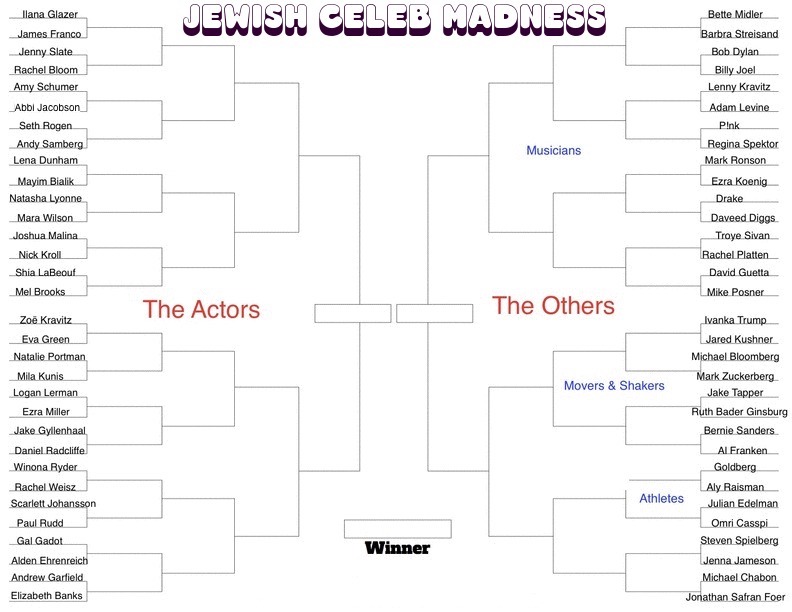 Round one has begun!  You can vote below, and this round goes through the weekend and ends Monday, March 20th, at 9 a.m. Eastern Time.

We hope this is less stressful than Mrs. Porter’s 2nd grade poll:

THE NON-ACTORS (Except for multi-talented folks):

THE MOVERS AND SHAKERS