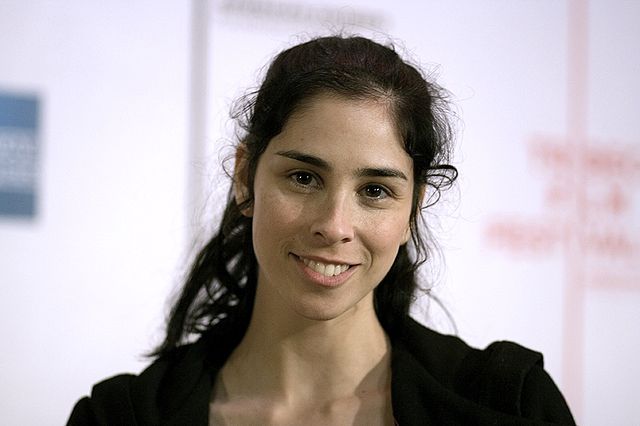 Sarah Silverman announced yesterday on Facebook why she had been absent from the public eye for about a week. Suffering from a sore throat, she went to the doctor, and discovered she actually had a “freak” case of epiglottitis. (The life-threatening condition is rare, especially for adults, and even rarer for adult women. It’s a result of a bacterial infection.)

Silverman, 45, then spent five days in the ICU, including going through surgery in a semi-conscious state because of the risk of fully anesthetizing her. She wrote:

In her Facebook post, among those she thanks is her “real-life hero” Michael (presumably referring to her boyfriend, the actor Michael Sheen), and her “amazing Sissies (blood & otherwise),” which would include actor Laura Silverman and rabbi and feminist activist Susan Silverman.

“Also, when I first woke up and the breathing tube came out, I still couldn’t talk and they gave me a board of letters to communicate. My loved ones stood there, so curious what was going to be the first thing I had to say. They followed my finger, rapt, as I pointed from letter to letter until I finally spelled out, ‘Did you see “Hello My Name is Doris.”‘”