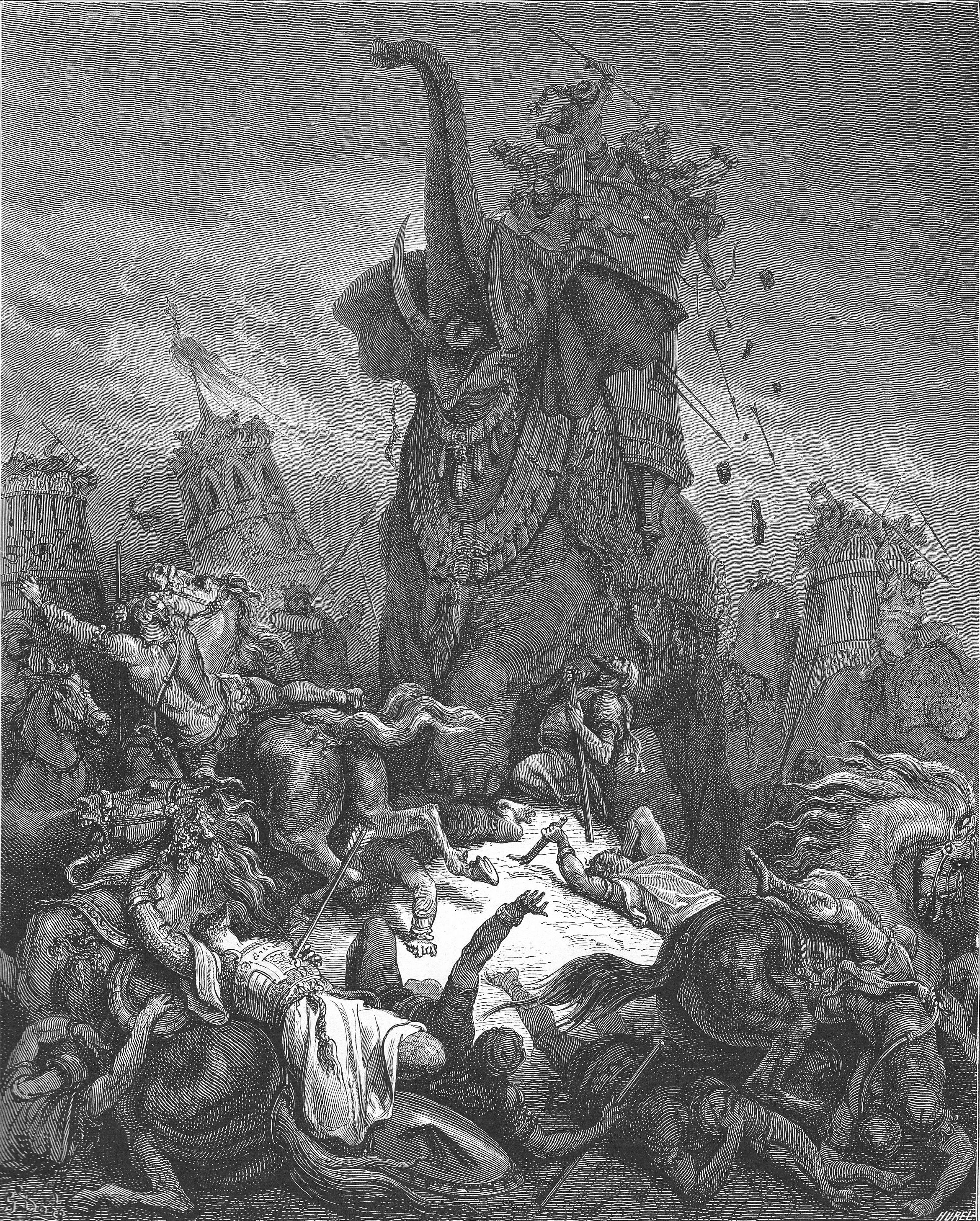 Chanukah is a great holiday for kids. Games, fried foods, lighting candles— add in the Americanization of the holiday with gifts, and it’s an easy favorite.

Plus, there’s the simple narrative of the holiday— the dual miracles of the impossible war, and the oil that burned for eight days. But there’s lots we don’t bother to tell kids about the holiday, that, I have learned, really piques their attention. Use your best judgment— don’t tell a kindergartener about a man being crushed to death, for example. And some of the fascinating geopolitics might be a bit sophisticated for even the most precocious of tykes. But here are some great ways to make a Jewish child question their entire holiday experience up to this point:

1. The story really starts with Alexander the Great.

OK, you do need a kid nerdy enough to appreciate the historical connection, but if they’re Jewish, the odds aren’t necessarily against you. The villain of our story after all, Antiochus, was really Antiochus the IV. The kids almost certainly won’t know how the Seleucids came to be in possession of ancient Judea— when Alexander’s generals divided up their late leader’s empire like it was a giant cake.

2. Judah the Maccabee died during the War. In fact, most of the brothers died.

Our heroes are the sons of the priest Mattathias, especially the middle of the five— Judah. What we don’t bother to tell kids is that Judah didn’t live to see the end of the war, after walking into a bloodbath rather retreating. Watch their eyes grow wide as you break it to them. And he was far from the only core member of the gang to die, which brings us to:

Judah’s brother Eleazar had a notoriously sticky end. In battle, the Syrian-Greeks brought out elephants, because if you had an elephant, wouldn’t you? Anyway, Eleazar charged the elephant, spearing it in the stomach. What happened next in retrospect was sort of obvious; the dying elephant fell up Eleazar, killing him.

The best part? The Jews didn’t even win that battle.

We tell kids proudly how the Maccabees won the day and ejected Seleucid rule. We usually end the story right there. Admit to the child in your life that attempts to create a stable government in the aftermath of the war lasted like 70 years and then collapsed in a heap when the corrupt monarchy ended in everyone assassinating one another like it was Game of Thrones. (Why is a kid watching Game of Thrones!?) Don’t worry kids, you still get gelt.

5. Chanukah is pretty much Sukkot.

Listen, you don’t need to tell a kid that the miracle of the oil “may not have happened,” unless you want to have a huge conversation about the evolution of Judaism and the way we create and then codify faith-based narratives. But you can also gently point out that Chanukah is the same length as Sukkot— the Maccabees were fighting so long and hard for the Temple that they had to put off the High Holy Day’s celebration until the winter. What will they do with this information? That’s up to their tiny little minds.

6. Giving Chanukah presents is only because of Christmas envy.

Sorry, kids. We know you want to insist to your gentile friends that Chanukah is just as good as Christmas, but the presents you so covet are because your great-grandparent immigrants saw the Macy’s holiday windows one too many times and snapped. Back in the old country, you would get a kopek and a potato, and be grateful.

And so, blow a child’s mind this holiday season! Let us know how it goes, and you’re welcome.

Image: Gustave Doré’s “The Death of Eleazar” via Wikimedia.