The string of events that led to my boiling point, and how finally bubbling over forced me to reevaluate the moments of my Jewish identity. Read More 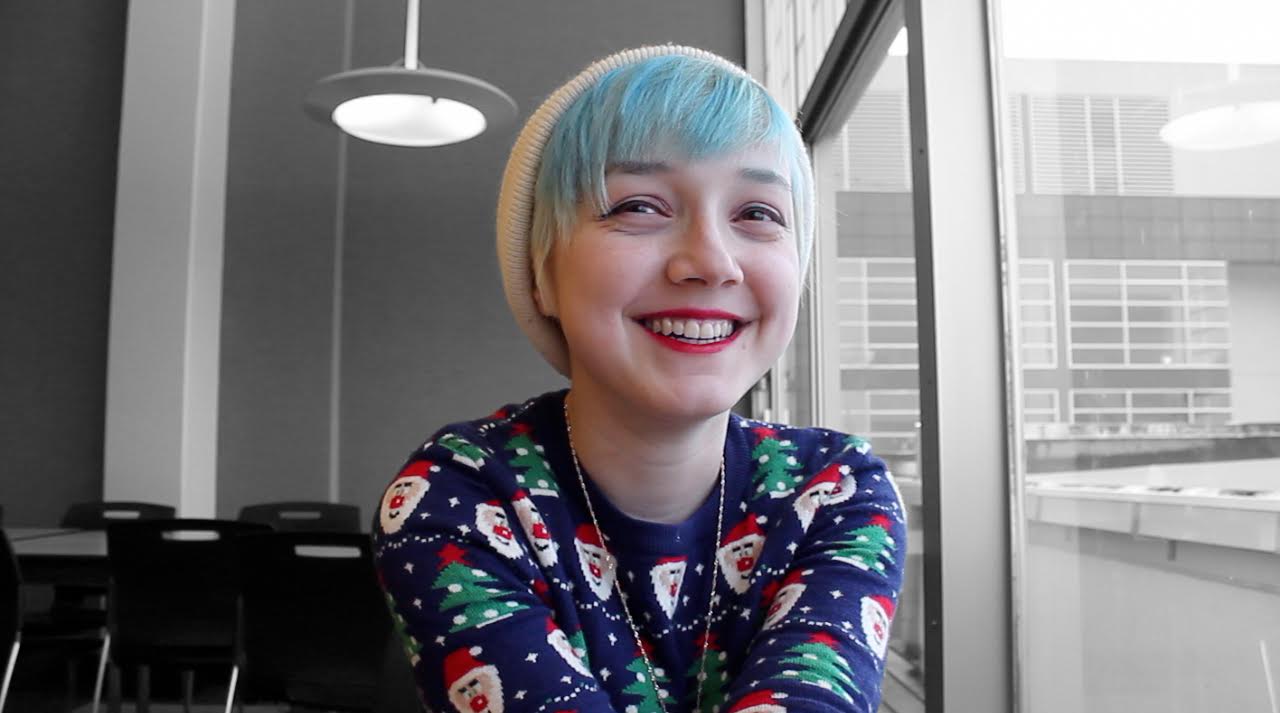 It’s 2015 and I’m lighting my 12-year-old handmade chanukiah at the small window of my dorm room. The candles flicker out the 2nd-floor window and I wish for latkes, not only for the taste of home, but for their incredible power to fill the room with an odor that would be capable of masking the stench of weed that wiggles in every time I try to open the window. It’s 2015, and I’m reading prayers off my phone that after 18 years I wish I knew by heart.

“Blessed are You, Lord, our God, King of The Universe who has sanctified us with His commandments, and commanded us to light the Chanukah light.”

But alas, here I am googling which blessings I’m to say when, and in what order. There are only three. I really should know this. It’s 2015 and I’m thinking of something my mother once taught me about why it was we must light the candles frighteningly close to the curtains.

Chanukah is a minor Jewish holiday, and to Jews in the diaspora a primarily cultural celebration of events that postdate the Torah. It’s an event whose significance is often misinterpreted due to its occasional proximity to Christmas, but like all Jewish holidays, Chanukah tells a story rich in symbolism.

Stop me if you’ve heard this one: The Chanukah story begins with the destruction of the Second Temple in Jerusalem. Judaism is outlawed, and thus forced underground. Two years later, after some fighting and some dying, the Jews were able to rebuild the temple and light its menorah, the seven branched eternal flame. They could only find enough oil to last one night, but miraculously, the oil burned for eight days, enough time to make more.

In celebration of the miracle, Jews light a nine-armed menorah, or chanukiah, for eight nights—representing the eight days that the oil burned—eat foods that have been fried in oil, and place their burning chanukiahs in doorframes and windows, where the light can be seen from the street. Unless, of course, it is not safe to do so (don’t actually risk lighting your curtains on fire). And like a Jewish Scrooge, this year I’m visited by Chanukah past.

I think back to 2011. It’s a cold Saturday in January, I am five months free of Shabbat School, having become a B’nai Mitzvah in Mid-August. I’m still adjusting to a normal schedule after two weeks of winter break. It is 2011 and there are police surveying the scene at our school, five blocks from home.

Mere blocks from our proudly hung mezuzah, scrawled across one of the towering stacks of commemorative bricks that surround the playground’s stage structure, in bright blue spray paint, is a symbol of our unwelcome. A massive swastika watches over the playground as the sun rises, its twin, a black swastika on a young girl’s bike that is locked to the bike rack just feet away. Between the two, a series of racial slurs and a phrase I’ve been taught to shiver at the sight of, “white power.”

Just a year prior, we were gathered in the gym to listen to the story of a Holocaust survivor after some rebellious middle-schooler wrote “hail Hitler” on their desk in the classroom of a Jewish teacher. I then got my first glance into how little non-Romani gentiles know of the Shoah.

It is 2004 and I am in the second grade. I am learning how to breathe through my newly-deviated septum, and how to count to ten in Spanish. It is 2004 and I am just beginning to question the legitimacy of the tooth fairy, but I have chosen not to reveal my uncertainty, for fear of losing my only source of income. It is 2004 and one of my friends, confused and concerned, is asking my mother why it is I don’t know who Jesus is. My identity is forcibly rearranged as I learn how many of my peers go to Sundays School instead of Shabbat School.

It is 2015 and I am lighting my 12-year-old handmade chanukiah at the small window in my dorm room. I am blissfully unaware of the string of unpublished anti-Semitic incidents that would occur in the following month, just outside my door. The two reports of swastikas on student’s doors, as well as a headless babydoll with the message “death to all Jews” would not be revealed to media outlets until early June, which was nearly two quarters after the incidents occurred.

It is 2015 and when I tell my friends that I have to stay in this weekend because I can not leave the candles in my chanukiah to burn without someone watching I am met with “Wow, really? You don’t look Jewish.” The phrase that has followed me for most of my life: “You don’t look Jewish.” It’s often said in a tone that attempts to be recognized as both a compliment and a misgiving, as if not “looking Jewish” is both incredible and impossible. Through every holiday. Every Passover lunch box. Every “I can’t, I have Hebrew lessons that day.” “You don’t look Jewish.”

It is 2015 and I’m calling my mother to tell her that I couldn’t light the candles at sunset because I was still in class, but that I am doing my best. She is shocked that I am lighting the candles at all.

She is shocked I am lighting the candles at all.

She is shocked because I was always the wicked child of the family (Passover is my favorite holiday, but I will always despise the moral intended by the four children allegory). The day after I became a B’nai Mitzvah I dyed my hair red. I’ve spent the years since casually  combing my Jewishness behind bleached bangs and layers of sunscreen. It was easier that way.

I’m white by U.S. racial standards. Unlike my friends who can’t remove their ethnicities—nor run from the prejudices that followed them—I could skip Hebrew lessons and go to school on Yom Kippur. I didn’t have to think, speak, or look Jewish. If I didn’t think, speak, or look Jewish, I didn’t have to worry about my Jewishness. And if I didn’t have to worry about my Jewishness I could focus on worrying about my much more obvious queer identity—which, unlike my Jewishness, I radiated. I carried my queerness with immense pride, showed it off at every opportunity. It influenced every choice I made, from the clothing I wore to the people I surrounded myself with. My whiteness afforded me the opportunity to denounce my Jewishness (and choose to exclusively perform my queer identity). But choice individual assimilation only goes so far.

It’s 2016 and I am laying in my bed in the middle of the night, scrolling through every Jewish-related tumblr tag and twitter hashtag I can find. I am giggling as I browse posts tagged “goyim gonna goy” and tweets followed by “#GrowingUpJewish”.

It is 2016 and I am rediscovering the culture I pushed away as soon as I was given the choice. The world I kept in my closet with embarrassing baby photos. The identity I avoided revealing because if I didn’t “look Jewish” then I didn’t have to.

I am done acting like I’ll burn in the sun. I am done tilting my head strangely in attempts to hide the hook in my nose. I am done hiding my “Jewish” features behind my WASP-y ones, and I am done being told that I don’t “look Jewish”. I am done carefully framing who I am in attempts to distance myself from my ethnicity.

I am singing The Shehecheyanu.

“Blessed are You, Lord, our God, King of The Universe who has granted us life, sustained us, and enabled us to reach this moment.”

Here I am. I am Jewish and I am done, but I have reached this moment. For that, and that alone, I am grateful.