One liberal Zionist finds no home in the political landscape. Read More 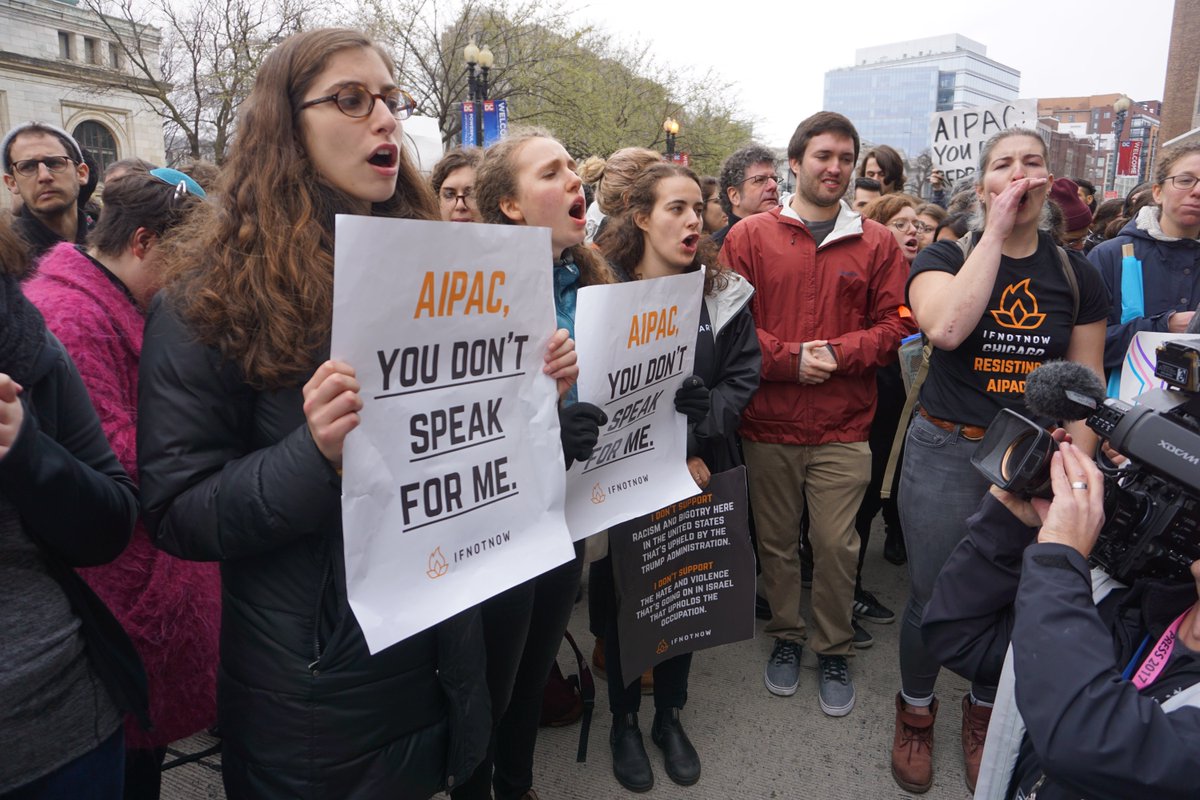 AIPAC is the closest the Jewish community comes to endorsing and participating in blood sports. The first one takes place in the Verizon Center, which turns into an enormous Roman Colosseum, complete with political gladiators. But, instead of fighting each other with swords or tridents, they battle for the love and adulation of the crowd with applause lines, tossing piece after bloody piece of red meat to the fawning masses. The politicians feed off the cheers while AIPAC participants gnaw on the steaks.

But the other blood sport that AIPAC inspires takes place in Mt. Vernon Square, right outside the convention center. Yearly, a protest contingent inevitably appears, fully equipped with signs calling for a Palestinian state from the river to the sea, accusing Israel of war crimes and genocide, and reminding everyone that Zionism=Racism. Traditionally made up of far-right Islamists and far-left activists, with a few members of Neturei Karta thrown in for good measure, they merge with people protesting the Occupation to form an angry mob, only held at bay by the police and the enormous glass windows of the convention center. AIPAC participants, looking through the panes that separate them from their antagonists, treat this spectacle with the special sense of bravado that comes from a noxious mixture of self-righteousness and sturdy walls.

It was into this combative and troubled climate that I made my way, a volunteer for one of the organizations presenting at AIPAC. Last year, my first chance to attend the AIPAC Policy Conference, I jumped at the chance to watch presidential candidates pander to me, even if I didn’t necessarily agree with their positions. (As a New York liberal, the only chance I get to see a presidential candidate locally would be at the $10,000-a-head dinners in NYC when the candidate needs money to go down to Iowa, Ohio, or Florida and genuflect to those more strategic voters.) And it was quite a year to attend, surrounded by Trumpian drama and completed by the thundering applause he received for his ability to complete full sentences, read off a teleprompter, and hit at every frustration that the audience had with the past eight Obama years. I had floor seats to the American-Jewish community’s mass dereliction of duty, as they provided a standing ovation to a xenophobic white nationalist, simply because he echoed their talking points at that particular moment. Needless to say, it was not the Jewish community’s finest hour.

This year, I declined to attend the general sessions. The meat being thrown to the crowds this year was going to be rancid and the rhetoric either inflammatory or stale. It was preordained by the results of the election, the state of the American and Israeli democracies, and the hyper-partisan environment that was already infecting U.S.-Israel relations. I couldn’t bear to be in the same stadium with members of the administration, let alone watch my fellow landsmen fawn over the emissaries of a fascist.

But my discomfort extended beyond the speeches at the Verizon Center, and into the oft-repeated critiques of AIPAC’s role in implicitly enabling the continuation of the Occupation through silence and legitimizing the activities of two race-baiting right-wing heads of state through an unstoppable commitment to bipartisanship and an immovable rejection of any criticism of Israeli government policies. This wasn’t an organization that could speak for me or represented my views on Israel, Palestine, and the U.S.-Israel relationship in the way I would want. While I believe firmly in their mission, a stronger U.S.-Israel relationship, I continue to remain concerned about the detritus left by the wayside as AIPAC pursues its goal.

In an attempt to cleanse my palate, and perhaps to seek a morsel of absolution for my sin of association, I traveled beyond the confines of the convention center to the demonstration developing outside, where I knew that a different type of protest was brewing. This year, Mt. Vernon Sq. was emptier than usual, and almost exclusively controlled by IfNotNow, the scrappy upstarts of the Jewish world, who chose that spot to plant their flags (specifically Palestinian flags, from what I could see), and once again do battle against the gigantic institutions of the Jewish world. Shouting for an end to the occupation, striving to link the Jews inside to the historically unpopular Trump Administration, and summoning up a facet of the values they were taught in youth groups and religious school, the IfNotNow protests of Sunday afternoon sought a greater recognition that AIPAC and its support for the Occupation doesn’t represent all American Jews. (As if any statement could be agreed upon by every Jew in America. There’s even an anti-chicken soup contingent out there.)

I waded into this crowd of happy warriors, who were singing traditional Jewish songs I knew (albeit with unfamiliar melodies,) but my level of anxiety didn’t recede. I had only found the opposite side of the spectrum, AIPAC’s rhetorical counterbalance. I was in the presence of iconoclastic idealists, people whose sense of Jewish morality was so great, and whose belief in their cause was so strong, that they would damage or destroy pillars of American Jewry and tear the community and Israel asunder in order to further their more perfect world.

AIPAC ended without the hoopla that had plagued it a year ago, but the quiet conclusion should not fool anyone into believing that it signals concord. Uncertainty about Israel’s future, the growing rifts in the American Jewish community, and the potential collapse of American democracy leave all American Jews with a minefield of issues buried right below the surface. Public battles over agendas and associations have left nothing but scorched earth and bruised feelings, and everyone has retreated to their corners. As for myself, I continue to hope that the organizations with both a hope for and a stake in Israel’s future as a Jewish, democratic country will continue to grow, nudge the agenda, and reclaim their place as the true voices of America’s Jews, because we are in sore need of that rarest of qualities, a Jewish consensus.