From Eve to Miriam, what’s their Hogwarts house? Read More 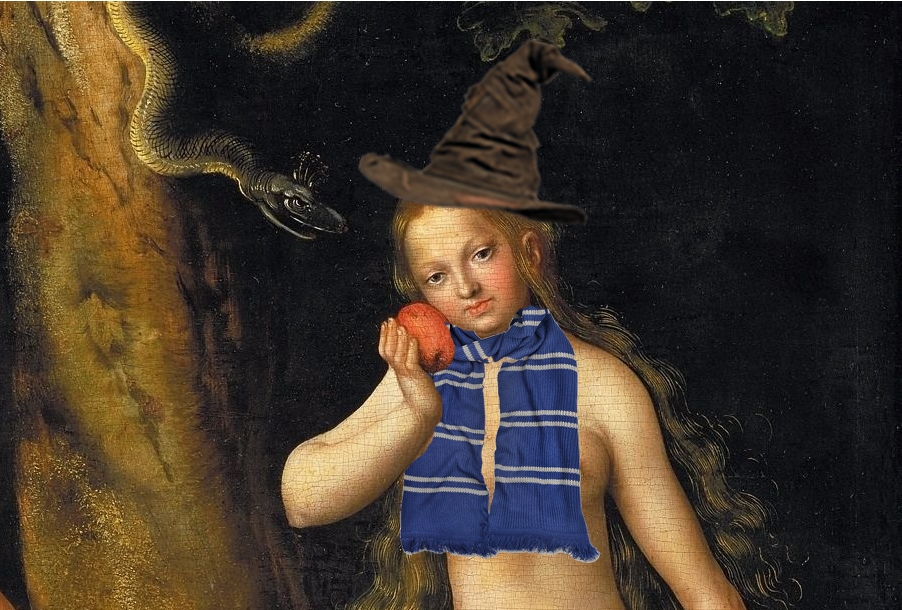 After our wildly successful attempt to sort men from the Torah into Hogwarts Houses, it’s time to move on to the ladies.

Women in the Bible can be tricky; they tend to be underdeveloped or have their agency downplayed. But without leaning on Midrash, let’s see what we can do:

Eve is the first woman in the world (unless you count Lilith), and also the first Ravenclaw. The very first thing we see her do is eat from the tree of knowledge despite being forbidden. Her temptation to do so? Curiosity, pure and simple— the snake tells her she can learn good form evil. And the fact that she went on to immediately share the fruit with her husband doesn’t show corruption or slyness, but that she was a huge nerd who likes sharing what she knows.

Sarah is a complicated woman of her day— devoted to her patriarch, in desperate need of producing a male heir to secure her own legacy. It’s hard to extricate her own decisions from being her husband’s sidekick. But here are a couple of interesting incidents:

Sarah is a survivalist, and she does what she has to, be it acquiesce to pretending her husband is her brother, to denying that she laughed at the prospect of her bearing a son in her old age. For better or worse, she’s a Slytherin.

Rebecca can seem a mess of contradictions; her two most famous stories are of her showing care for man and beast alike at a well, and helping her favorite son trick her husband. But all along the way, she’s also surprisingly outspoken. There’s the moment that she volunteers to leave her home to an arranged marriage early, and her insistence to her husband to send Jacob away to marry into her family.

But every thing she utters has an agenda, so is she a Slytherin or a Gryffindor?

It’s a hatstall, but her declaration that any curse placed on Jacob would fall on her instead nudges her into Gryffindor territory. There’s a cunning to her actions, but a boldness, too.

Rachel is more like her Slytherin husband than she gets credit for. From outwitting her father to steal his idols to cutting deals with her sister using their husband as a bargaining chip, she’s nobody’s fool. She’s a Slytherin, too.

Leah is the Gryffindor to her sister Rachel’s Slytherin. While they have a lot in common (including father and spouse), Leah tends to be direct. When Rachel promises Leah the night with Jacob, Leah straight up goes to her husband and lays it on the line.

Almost every time she names a baby, it’s references to the fact that will her husband actually like her now, please?! She’s in some ways an underdog, but doesn’t act like it, and isn’t afraid of making it clear what she wants.

Miriam appears fewer times in the Torah than perhaps you remember. Nonetheless, here’s what we have to work with:

A common link here is speaking out at risk of her own safety (in the first example, imagine a slave girl approaching a princess unprompted). She’s ambitious, sure, but more than that, a straight-shooter, looks danger in its face, and a vocal leader of her people. Like her youngest brother, she’s a Gryffindor.

Once again, if you want to kvetch about our decisions, you can do so in the comments or on Twitter. And let us know if you think we should go on with characters from the other parts of the Bible! Because we probably will anyway.