It’s Not Just the Point System

The culture of sexism ran deep in USY Read More 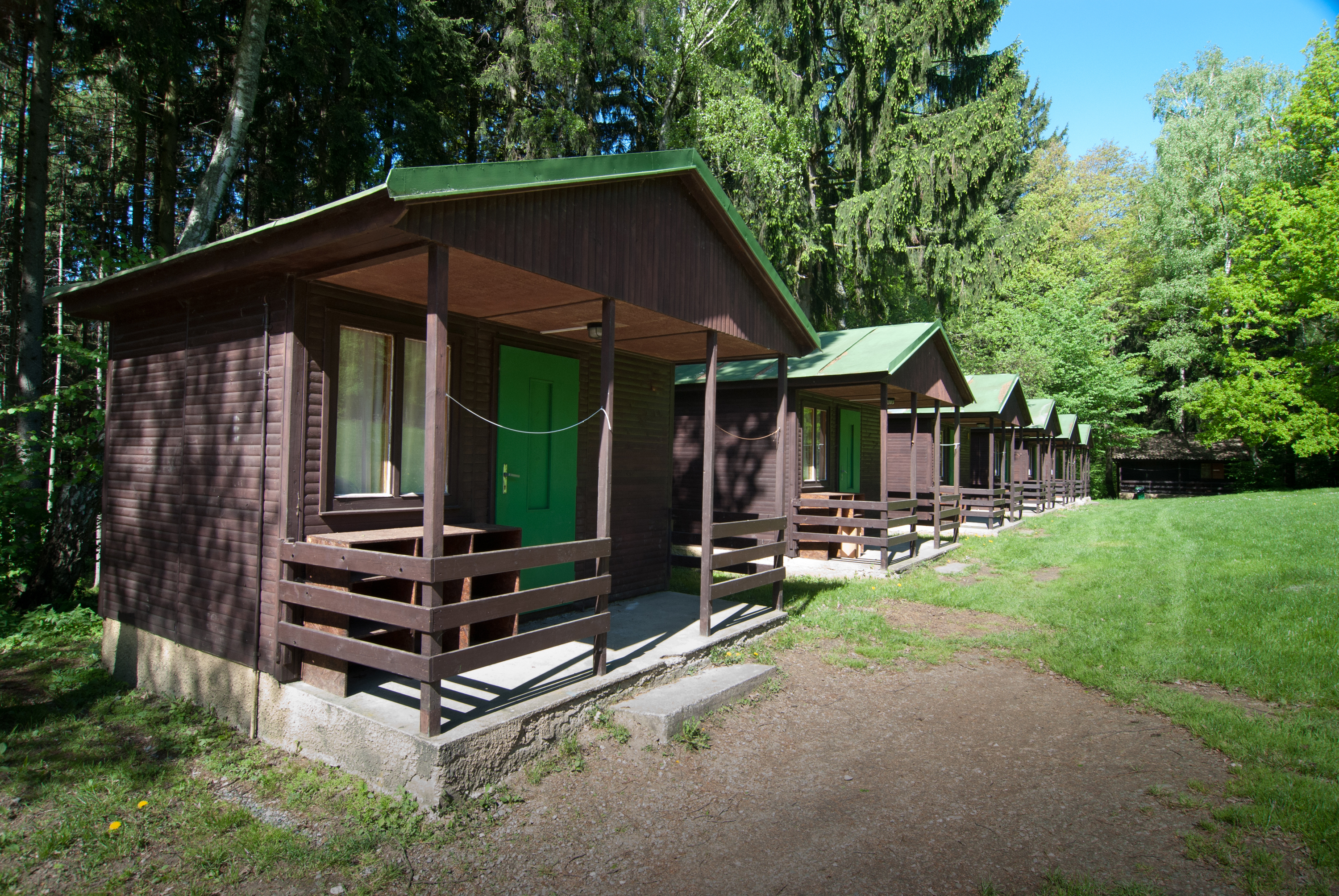 There is a recent post in the Forward entitled “‘Super Creepy’ Game Hands Out Points For Hooking Up At Youth Group,” explaining the “myth” of the “points game” of United Synagogue Youth, the high school youth movement of Conservative Judaism. According to this apparently unverifiable urban legend, certain participants were worth certain amounts of points, based largely on their position in USY, and by “hooking up” with them (making out or more), a teen earned those relative points. There has been pearl-clutching and denial from authorities at the United Synagogue for Conservative Judaism (“At this time the point system is more of myth and legend than reality”), and insistence on social media that USY wasn’t a monolith (not all kids went there to hook up!), and that the game was an inside joke at worst.

Look, the points game existed. But it was far from the most toxic thing I witnessed during my time in USY. (The organization refused multiple requests to comment for this piece.)

I was in the organization from 2005-2009, in the METNY region, which covers a bit more than Long Island, New York City, and Westchester and Rockland counties. USY was the center of my world; as a late-bloomer, high school was difficult for me, and most of my closest friends were the boys and girls I saw at USY shabbatons, dances, and the weeklong summer retreat known as Encampment, at Camp Ramah of the Berkshires, in Wingdale, N.Y.. I was a huge nerd, there to be with my friends, but yes, legitimately also there to pray, participate in programming about Israel, and engage in religious discussion. (Was I also there to meet boys? Sure, in the way that a person buys a lottery ticket to keep the pipe dream alive.)

But I was so desperate to hold onto this community that, I now realize, I overlooked real toxicity and misogyny that pervaded the culture.

What I found during my time in the organization was that some members of USY had a psuedo-liberalism that meant a somewhat relaxed attitude towards kids and sex. I remember an event one year at Encampment where an educator taught us how to use a condom, for example (which is good!). But beyond basic sex education, I never heard any clear messages about consent. Plus, there was the ever-present fixation on us pairing off and one day making Jewish babies—an annual slideshow at the end of the week would overtly tell us as much (“What is your mission?” it would blithely ask as set-up). Parents could even note on an event registration form that wanting their child to marry within the faith was their motivation for signing them up.

For the record, the points system was half-joke, half-serious. Core members tended to know what they were “worth,” if not how many points they “had.” Minutiae of rules were debated Talmudically—Shabbos means double points, right? Hooking up with a non-Jew makes you lose your points, but what about a Jewish non-USYer?

And, yes, I kept track of my own points. The only boy I kissed in my entire teenaged years, at a shabbaton sophomore year, was on his synagogue’s board, which meant that I snagged two points (but gave him more in return—I was higher ranking, I will have you know). With only some degree of self-awareness, I held onto that fact the rest of my time in USY.

But the points system was a symptom, not the problem itself. The core issue was that there was a state of normalized harassment and overt sexuality in USY, and a disregard of consent.

This was never more clear than with the Bible Bowl.

Each year at Encampment, there would be a religious trivia competition called the Bible Bowl, in which we competed to recall what we had learned in Hebrew School or Day School about the Torah, holidays, and more. The winning team got to bring a bowl-shaped trophy home to their respective geographical division for the rest of the year. This was the ultimate chance for the nerds to shine, one of the most important matches of the sports-heavy Maccabiah, or color war.

For the few nights following our Bible Bowl, a system based on ranking leadership of the winning division determined who had nightly custody of the prized Bowl. Because leadership in USY tended to be male, at least in our region, a boys’ bunk would almost always receive the Bowl on the first night.

The next morning, I went to collect the bowl from the boys’ bunk. After assurances it had been at least cursorily cleaned, a teenage boy approached me with the trophy. When I grabbed it, he held on, looked me in the eye, and said, “I blew the biggest load in that last night.”

At lunch that day, in front of over 100 teens, a different boy came up to me and other teen leaders and loudly dared us to drink apple juice from the Bible Bowl. A staff member overheard the exchange and came rushing over before anyone could go through with it. He had to have known what the rumors were—otherwise why would he care whether or not anyone drank from the bowl? Maybe the boys exaggerated, or even lied about what they had done, but this staffer, keenly aware of tradition, wasn’t taking any chances.

Higher-up staff not bothering to thoroughly investigate this rumor, and refusing to make it clear that even the joke was unacceptable, sent a message: that this was the teenage Wild West. And those who were hurt most often were girls and queer teens.

Certainly, teens were sent home for inappropriate behavior. But certain behaviors were instead upheld, particularly when they involved boys—and especially popular ones.

The boys in our region were extremely physically affectionate with one another in a way that rose to become a joke even among other regions. But the performative openness essentially restricted actual homosexuality; one gay friend of mine recently told me that for him, USY presented a fake masculinity that made him feel unsafe there; he didn’t come out until later. And another friend’s parents received a phone call after he kissed another boy during services at a shabbaton. It was an inappropriate time to engage in such an activity, to be sure, but he said he had received no punishment when he had done the same with girls. He and the other boy were separated into different bunks at the following summer’s Encampment.

It was problematic to have staff members so close to the age of their wards, but some counselors did manage to be mature and responsible, and were great role models for us. Others, not so much: I’ve never been able to shake the memory of one specific incident. After one shabbaton, a rumor spread that a couple not only had sex, but left a large, wet stain on the sheets (teenagers think this is worth discussing). Later on Facebook, a picture of a stain briefly materialized, with a male junior staff member posing next to the bed for a photo, making a thumbs up. The girl from the alleged incident was tagged in it.

One year the regional president (typically a senior in high school, this person was in charge of overseeing the executive board for the entire METNY area), would play a game where he would ogle girls and guess their bra size out loud. I told him not to do this to me, and he did anyway. It never even occurred to me to go to an adult for help; he was popular, and had power in the organization, and was only playing a game. That’s what stuck with me: that all of this—the points system, the Bible Bowl—was all framed as a game.

USYers are still most of my closest friends; these days, each wedding is a mini-reunion. I’ve spoken to many alumni, particularly women, about looking back in anger on what we experienced. This is what’s so difficult to reconcile; many of these young adults, including me, still treasure their time in USY, the experiences they had and the friendships they made. But they also carry these memories with them, more than I can share here.

According to a contemporary policy for its International Convention, “USY has a zero-tolerance policy regarding bullying at all local, regional, and international programs, including IC. This includes any form of hazing, harassment or sexual misconduct. We also ask that teens use care and common courtesy when posting on social media sites.”

At least now, at least on an international level, there is clear language in place, and I hope it is strictly enforced. And perhaps in my day it wasn’t happening everywhere—my husband was in USY around the time I was, on the West Coast, and though he recalls stories of, say, boys unhooking girls’ bras through shirts without asking, his experiences seemed on the whole less toxic.

And perhaps my region of USY is better now. The world is changing, after all. But 2009 is not all that long ago. And if I ever have the opportunity to give children of my own the same social experience that helped prevent me from being suicidal in high school, I’m going to need proof that they’ll be safe. And they can’t touch the Bible Bowl.