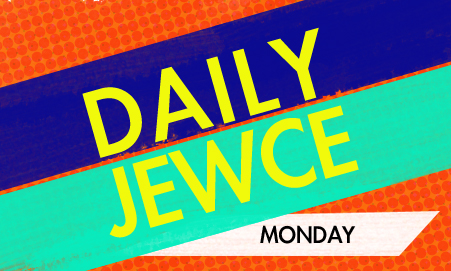 • Where them Jews at? Not in the New York City Mayoral race. [NYT]

• Novelist Francesca Segal describes the straight-out-of-a-novel moments in which she’s found out good news about her book, The Innocents. [Waterstones]

• Looks like Shirley MacLaine’s not-yet-aired-in-the-U.S. Jewish Mother character on Downton Abbey is a hit—the show has been renewed for a fourth season. [L.A. Times]

‘Downton Abbey’ Gets a Jew

Spotlight On: Eli Batalion and Jamie Elman of “YidLife Crisis”