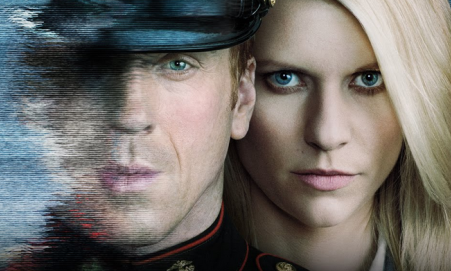 If only Ed McMahon had been available to open this week’s Homeland episode, “Tower of David”, which kicks off with a wounded, barely coherent, bald Brody (Damian Lewis) being carted around Venezuela by gangsters (they seemed like gangsters, anyway) in the flatbed of a truck. Anything that could have given the scenario context would’ve helped. Throughout the episode we learn very little about who these “gangsters” are, how Brody got to be where he is, and what may happen next, but here’s what we do know:

In the three months that have passed since the Langley bomb detonated, which killed a ton of CIA and government officials, and for which Brody has been deemed guilty by the United States government, he has been traveling from place to place to protect his anonymity. In the wake of the bombing, CIA Agent Carrie Mathison (Claire Danes) is still soooooo in love with Brody, despite him being a probable terrorist. Carrie uses her connections to get Brody a new paper identity and get him out of the country. During his Underground Railroad-esque travels on the Terrorist Trail, some Colombians shot Brody in the stomach, hoping to cash in on the $10 million bounty set by the United States on their global manhunt for him. Terrorism, traitors, bombs, and widespread death, maybe, but clearly there’s no debt ceiling on Homeland (ba-dum ching).

The Venezuelans, who we learn have some connection to Carrie, take custody of Brody. A creepy doctor, who may not actually be a doctor, who’s assistant is a second grader, and who sounds like Hannibal Lecter/Morgan Freeman, removes the bullet from Brody’s stomach and nurses him back to health. They live in Caracas, in a rundown, abandoned high-rise development that’s missing an entire side of it’s exterior. The man who runs the place has a scary spider tattoo on his neck, so he is obviously a badass. He also has a hot daughter, whom he does not seem old enough to father and who tends to Brody as a nurse of sorts.

Though the tattooed man orders Brody to stay put, escape is predictably his next move. He asks Spider Tattoo’s daughter to help him flee, and because she has fallen for him (Really? Another girl? Why?), she asks to join him. Brody denies her and continues his solo escape, so she runs straight to her dad—hell hath no fury like a woman scorned.

Brody saw a mosque from the heights of the high-rise, so once he escaped, he went straight there to seek help from a fellow Muslim. Someone at the mosque takes Brody in, but right after he allows himself to enjoy the respite of the kind Muslim’s hot shower, he’s rudely interrupted by people trying to kill him. Quickly, the gangsters show up out of nowhere, shoot everyone else around and take Brody back to the high-rise. He endures another lecture from Dr. Hannibal Lecter-Freeman, who notes that Brody always survives; it’s only the people around him who die.

While Carrie is still alive, her involvement with Brody has landed her in a mental health facility, being pumped with the lithium that she previously denied. She so badly wants to leave this prison of her own making, and is even driven to hurt herself by smashing her head into a mirror out of frustration. Though separated continentally, Brody and Carrie are very much stranded in the same place.