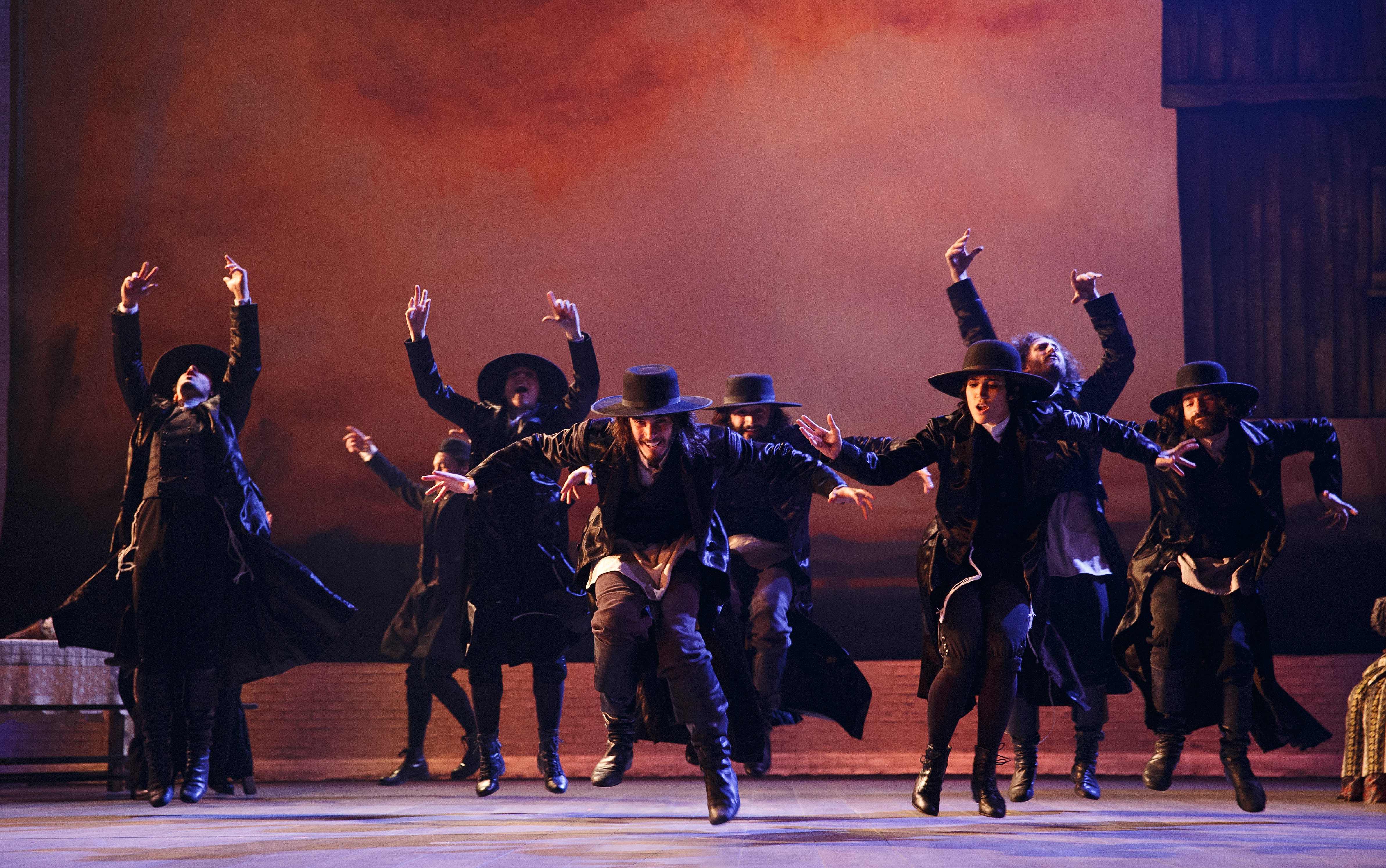 As is Broadway law, Fiddler on the Roof is back on the Great White Way this year, for its sixth production total, and less than a decade since the previous one closed. The latest incarnation recently released a new cast recording prompting the question, why?

Lord knows there are enough Broadway recordings of Fiddler out there anyway, including the 2004 production, to say nothing of the film soundtrack and recordings from around the world in a multitude of languages (including, of course, both Hebrew and Yiddish).

Well, if you’re sure you don’t want any more Fiddler CDs scattered throughout your home, then you can pass by this one. But if you have it in your heart, or shelf space, for one more recording, then you’re in a pile of luck.

This album is, for the most part, unafraid of the competition from what came before it. It’s not a carbon copy of any of its predecessors, but it’s not different for the sake of standing out, either; it lets the music and performances speak for themselves.

And boy, are there some performances. Most notably, Danny Burstein is a brilliant Tevye, conveying in the album the same nuances he does onstage of a man of great compassion, humor, and at times, anguish. Plus, the man knows his way around a niggun.

The real star, however, is not any actor, but Ted Sperling, the music director. Sperling is one of the greatest conductors and arrangers in musical theatre today, particularly adept at bringing new life to old shows, and here he doesn’t disappoint. From, the opening strains of, well, fiddling, that feel a bit like drugs to a Fiddler fan, the score is lush and celebratory, without losing its folksy, down-to-earth quality. After decades of Fiddlers and their recordings, there has never been anything like the joyous, klezmer-infused “Wedding Dance” on this album.

This production of Fiddler has been noted for its new choreography by Israeli artist Hofesh Shechter, which doesn’t fully depart from the Jerome Robbins version, but brings in a modern edge that uses the original dancing as a reference point. The same can be said for the score, which is loyal to the original incarnation without being a slave to it, even sometimes adding references of one number into another. Its occasional risks, like a slowed-down, more pensive “Matchmaker,” usually pay off. It’s a recording of Fiddler that’s also a love letter to the musical.

Since this album is also as completist as possible, the producers have erred on the side of including dialogue from the show, which is largely well-performed and adds texture to the recording, if you don’t mind waiting a few extra seconds to get to a particular song.

The album also attempts new content at its end with two additional tracks: one number is a medley conducted by John Williams, featuring a cadenza by Itzhak Perlman (always a joy), so it’s a star-studded affair.

The other addition is a song cut from Fiddler‘s original production, and never quite put back: a duet between Motel and Tzeitel called “Dear Sweet Sewing Machine.” There’s also an adorable, if slightly saccharine music video. Is it necessary? No, but neither is this album, and an official recording of this song is a gem for any Fiddler completist (But nu? No “When Messiah Comes?”).

These additions are indulgent, sure, and definitely not indispensable, when the rest of the album speaks for itself as a celebration of one of the greatest American musicals of all time. But since they are there, at least they’re good, and once again, while the medley may seem a bit pandering, “Sewing Machine” is further proof of this album as a labor of love.

If you’re convinced but your shelf of Fiddler recordings is absolutely full, trade this one out for the 2004 recording. It’s better in virtually every way. But why not be a hoarder? Tevye has five daughters. Surely you can have at least five recordings of Fiddler on the Roof at your disposal.