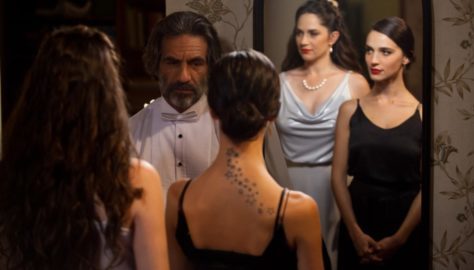 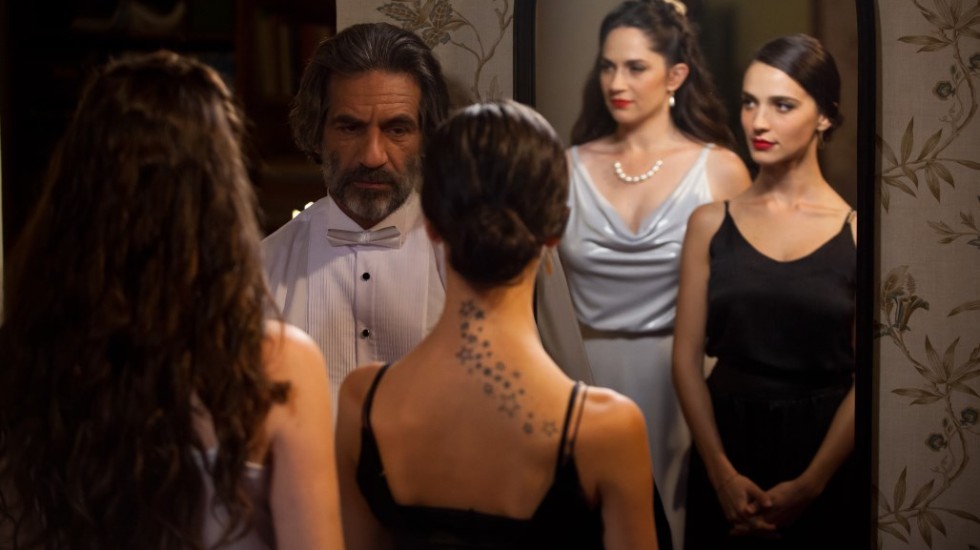 This year marks the tenth edition of the Other Israel Film Festival, mounted by the JCC in Manhattan. The festival’s expressed goal is to shine a light on the Arab and Palestinian citizens of Israel. In addition, other minority populations, such as Bedouins and Portuguese immigrants, have been featured in the past. This year, the festival includes over a dozen films, from Jewish family dramas to a documentary about Muslim soccer players.  Jewcy had the opportunity to sample the festival with two of its most prominent offerings.

Harmonia is a film with a clever premise that should immediately bring a smile to the face of anyone remotely familiar with biblical stories. Its protagonist is Sarah (Tali Sharon), a harpist in the Jerusalem Philharmonic Orchestra. She is married to Abraham (Alon Aboutboul), who is the conductor of the orchestra. The two lead a lavish life of success, but the one thing they cannot do is have children. Enter Hagar (Yana Yossef), a non-Jewish, Arabic, East Jerusalem  native who plays the horn and who develops a close friendship with Sarah that leads to her offering to be a surrogate. The plot loosely follows the biblical narrative from there, all structured around a modern-day setting with music at its center.

At first glance, this might not seem like a film that represents an “other” Israel. Yet the traditional story of Hagar also involves her son Ishmael, who is not the ancestor of the Jewish people but instead sired a different nation. In this film, Hagar is a quiet, mousy figure who stands in stark contrast to the more verbose and assertive Sarah. When Hagar goes home to see her father, he asks her if she has fallen in love with a woman, a question she neglects to deny. Though Abraham is a formidable conductor, Hagar’s affection is for his wife, and though she claims that she will have no attachment towards her child, it’s obvious that such a thing is impossible. Seen in a present-day context, the differences between Isaac and Ishmael play out cleverly through music and culture, making for an involving, enjoyable ride. 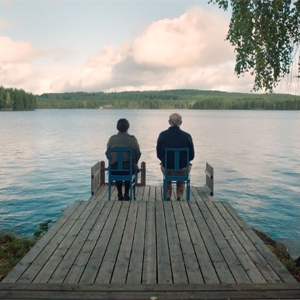 Personal Affairs, on the other hand, is a film that sets itself entirely within Palestinian society. The closing night selection of the festival follows a Palestinian family with its members at different stages of their lives. In Nazareth, Nabeela (Sanaa Shawahdeh) and Saleh (Mahmoud Shawahdeh) barely say a word to each other, sitting on opposite couches and rarely interacting in a pleasant way, if they even find themselves trapped in a conversation. Their children live in Ramallah, and said offspring are busy with various relationship issues, a pregnancy, and an aging grandparent, as a start. As the children notice the miserable place their parents have come to, they their own problems more closely.

What Personal Affairs shows us is a multi-generational Palestinian family that lives very comfortably, each member inhabiting a separate home that has more than enough space for them. The problems they experience are universal, and little aside from the Arabic language they speak distinguishes their location or culture. It’s only when new opportunities present themselves, like the chance for one of the younger generation to audition for an American movie filming in Haifa, that audiences are firmly reminded of where the film takes place.

Nabeela and Saleh’s son-in-law George (Amer Hlehel) is a mechanic, insistently invited by a movie producer to audition after he fixes her air conditioner. He sees no reason not to go to the audition, but his friends immediately warn him to carefully read the script to make sure that the character he is playing is not a terrorist so that he can positively represent the Palestinian people on screen. On his way to Haifa, he expresses a fascination at seeing the sea for the first time and wants nothing more than to stop for a moment to walk along the beach and step into the water. A later scene involving a checkpoint demonstrates the implications of airing personal problems in an inappropriate place with potentially serious consequences – a small fight about a relationship status playing out in front of armed soldiers – with great performances from actors Doraid Liddawi and Maisa Abd Elhadi as Nabeela and Saleh’s son Tarek and his girlfriend Maysa.

Neither film presents an unsettling story of inequality, and both manage to tell compelling tales of people interacting and living life throughout the land known as Israel. This festival seeks to provide a platform for films about “those often overlooked by mainstream Israeli society and culture.” These two selections certainly do that, and it’s refreshing to see positive representations of communities in Israel that aren’t defined by conflict or disagreement, and certainly not be anything more volatile. One friend remarks to his actor buddy that if he was playing a Jew, maybe it wouldn’t actually matter. Portraying the many facets of Israel in a good light, at least when it comes to entertainment, is an enticing opportunity offered by this festival, that, in its tenth edition, continues to be a worthwhile and unique endeavor.

Read more about the Other Israel Film Festival (running through December 8) and this year’s selections!

Images from Harmonia and Personal Affairs.