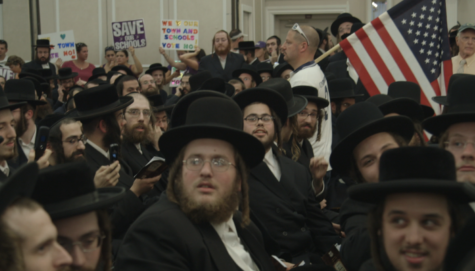 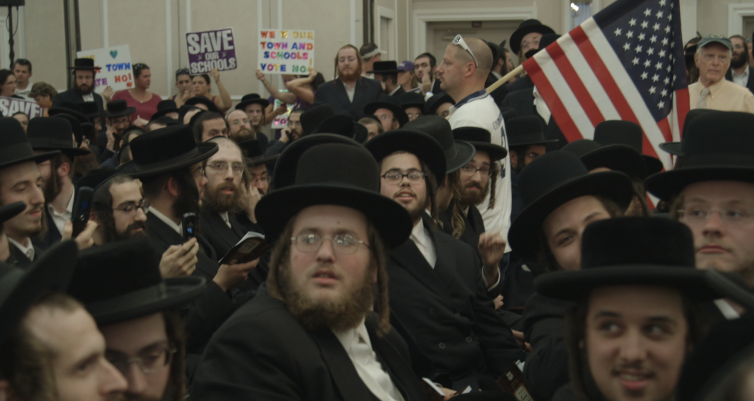 Director Jesse Sweet has already passed his $30,000 goal on Kickstarter to finish the movie that he started several years ago: an unbiased look at Kiryas Joel, an insular shtetl in Upstate New York that has stirred up plenty of conversation. The film isn’t done yet, but here’s what Sweet had to say about his project.

Jewcy: What’s your relationship with Judaism?

I grew up Reform in Springfield in Western Massachusetts. I knew about Hasidic culture from what I saw in movies. It was the 1980s, when we were all growing up with immigrants as grandparents. They were the closest sense to the Holocaust – it was a more unifying sense of Judaism. As I’ve grown up, there has been a split in the Jewish community. We no longer have a sense of shared identity as we keep moving another generation from the Holocaust. Each group is flourishing in its own way.

Jewcy: How did you get interested in this project?

My producing partner, Hannah Olson, and I both live in Crown Heights and were fascinated by aspects of being in this shtetl. Most work about ultra-Orthodox communities is sensational – it looks at the treatment of women and homosexuals. We started to think about the people who left, but then we realized that we probably would have left too if we had grown up in that environment. We don’t get the people who stay. We started this three years ago, and it has been rich enough to sustain interest. We went up to Kiryas Joel and discovered the land use battle as our hook, something to frame the narrative. What is this community about and how does it function? A lot of people are resistant to those who aren’t Satmar, especially if you have a camera. The land use battle helped because it’s going to go to courts, and this could help their image and counteract the bad press. I told them that I want to tell their story in their own words. I’m there to document and tell both sides, and include the opposition, but give the most rich and textured view inside their world so that they can decide.

Jewcy: What has surprised you most in this process?

Definitely the fact that they’re anti-Zionist. For the most part, most of them don’t think there should be a State of Israel. It’s hard to fundraise because most Jewish documentary funders don’t like that. I don’t tell anyone that I’m going to take them down. I’ll let the critics make their points.

Jewcy: Can you talk about this being an insular community?

At first, the insularity seemed like an accident, but a lot of it is a coordinated attempt to wall off from popular culture. They see pop culture as in decline and a threat. The internet is dangerous and they need to have kosher smart phones so that pop culture can’t infect their community. While non-Satmar Jews want their kids to grow up to be doctors and pillars of the community, they want to be the stone in the melting pot. That gives them strength and creates tensions since they have an Orthodox view on what it means to be Jewish, and there are certain sects within their community that disagree about proper interpretations. What’s crazy is that in 2008 Kiryas Joel was the poorest town in America. When you go there you don’t see panhandling. To opponents, it’s proof that they don’t want to work, just study Talmud and live off the social safety net. They do, however, have the highest birth rate and highest marriage rate. They need to be especially entrepreneurial because they go to yeshiva and they have huge families.

Jewcy: What challenges did you face?

Early on, the false starts were a real pain. We’d come to a Passover Seder and get chased out. We asked ourselves, how many of these times are you going to waste? There was a big gate at each place, but once we got in it was very warm and welcoming. That made each rejection worth it. It was much harder to find a female voice willing to talk. It took a year and a half but we finally found an opinionated and strong collaborator. It’s difficult to find a line between romanticizing and vilifying – a middle ground.

Jewcy: How has it been working with Kickstarter?

I love it! The way I designed it made it harder to fund since I didn’t have a perspective. I’m not taking them down. If I was going to make the more salacious documentary, I could have found funding right away. I wanted a character-driven, objective immersive style. Funders always say to show it to them when it’s done. Kickstarter steps in place of the network executives that want something sexy, which is really refreshing.

Jewcy: What’s left to do?

I’m close to finishing it. I’ve shot about 99%. There are coda things that haven’t happened like the court ruling. I’m about at a rough cut. We’re hoping to jam to make the fall festival deadlines with an editor and a composer.

Jewcy: Who do you think will want to see his film?

Jewcy: Can you add anything else?

I’ve gotten to the point where I’m being recognized. I was shopping for a camera battery at B&H Photo Video in New York City and one of the employees was excited when he realized who I was and mentioned that he saw the Kickstarter campaign.

Check out a trailer for the film at the official Kickstarter page (the minimum may have been hit but there’s still time to donate)!

Image courtesy of City of Joel