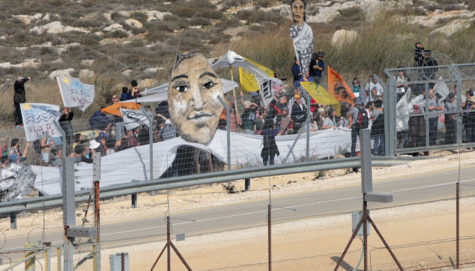 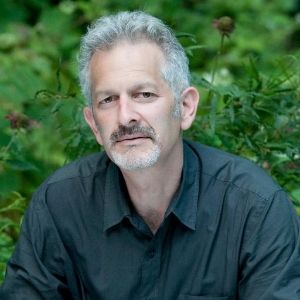 Director Stephen Apkon’s first film, Disturbing the Peace, spotlights a group of Israelis and Palestinians formerly entrenched in violence that has come together to advocate and protest for peace. Jewcy got a chance to talk to Apkon about his eye-opening documentary.

Jewcy: What interested you in this topic? How did it come about?

I’ve always had a strong connection to the region and I’ve spent a lot of time there. Three or four years ago, I was in the process of creating a new nonprofit aimed at looking at the ways in which we’re creating the world we’re living in and the choices we make collectively and individually. I’m interested in how we get stuck in these national or personal narratives. That coincided with an invitation I had to make a film that would deal with the conflict in the region. Quite frankly, I felt that there was nothing new to say but agreed to go on a listening tour with my partner, Andy Young. We met with people all over the political spectrum.

At one point in the trip, I felt like indeed there was nothing new to say. Then we met these men and women from Combatants for Peace – that was a real awakening. I asked one of their members, Chen Alon, what is this organization really about? He replied, “We’re a community of people taking responsibility for our creation.” That was extraordinary. As far as I know, they are the only group of enemy combatants working together bi-nationally without arms during an ongoing armed conflict. It’s really incredible and transcendent.

Jewcy: This interview is taking place on American Election Day and we’re facing a country tomorrow where there will be people who disagree strongly and have to move forward. How does this film relate to that?

To me, this film speaks to all of us in an increasingly polarized world. It challenges us to ask the question, where are we willing to disturb our own peace? These narratives that we hold that dehumanize each other and prove our victimhood are held over other people. In this country, on Election Day, that same question comes up – how do we not see the other side as the other? As Lincoln once said: if you were born when they born, if you were taught what they were taught, you would believe what they would believe.

Jewcy: What surprised you about your interactions with the Combatants for Peace?

This project forced me to do my own work of looking at where my cultural narrative came from, my fears, and my identity and how they all play into my understanding of the conflict. It is challenging and painful work, but also extremely liberating. There were moments in which my own instinctual fears were triggered and I discovered the importance of working through that. I saw through the work of the Combatants for Peace a way of doing that – being willing to explore our perspectives through our own personal stories and experiences.

One thing that became very important to me in understanding all this felt very much like a very Jewish idea, the idea of integration as opposed to balance. The rabbis talk about Yetzer Hara and Yetzer Hatov, our inclinations to do evil or violence and our inclinations for kindness and compassion and love. It’s interesting the way that people often encounter the film, to look at it through their own lens and constantly be keeping score, to see whether it’s balanced. Have they portrayed our victimhood as much as the other so that we’re able to encounter the other story? What we think about as filmmakers is not whether it’s balanced but whether it’s integrated. When you think about balance, you think about a scale, as one side goes further out to the extreme, the other side does the same to compensate for it. As you get further and further out, it becomes more and more precarious, with potential for more and more chaos. The idea of integration is actually the understanding of the capacity for both of those extremes within ourselves.

Avner, a former elite Israeli soldier, said upon first meeting the Palestinians: “We had something in common, the willingness to kill people we don’t know.” What we share is a desire for peace. I understand those rabbinic teachings as the integration of both of those things, the recognition that we have the capacity for violence and we also have the capacity for compassion and love. 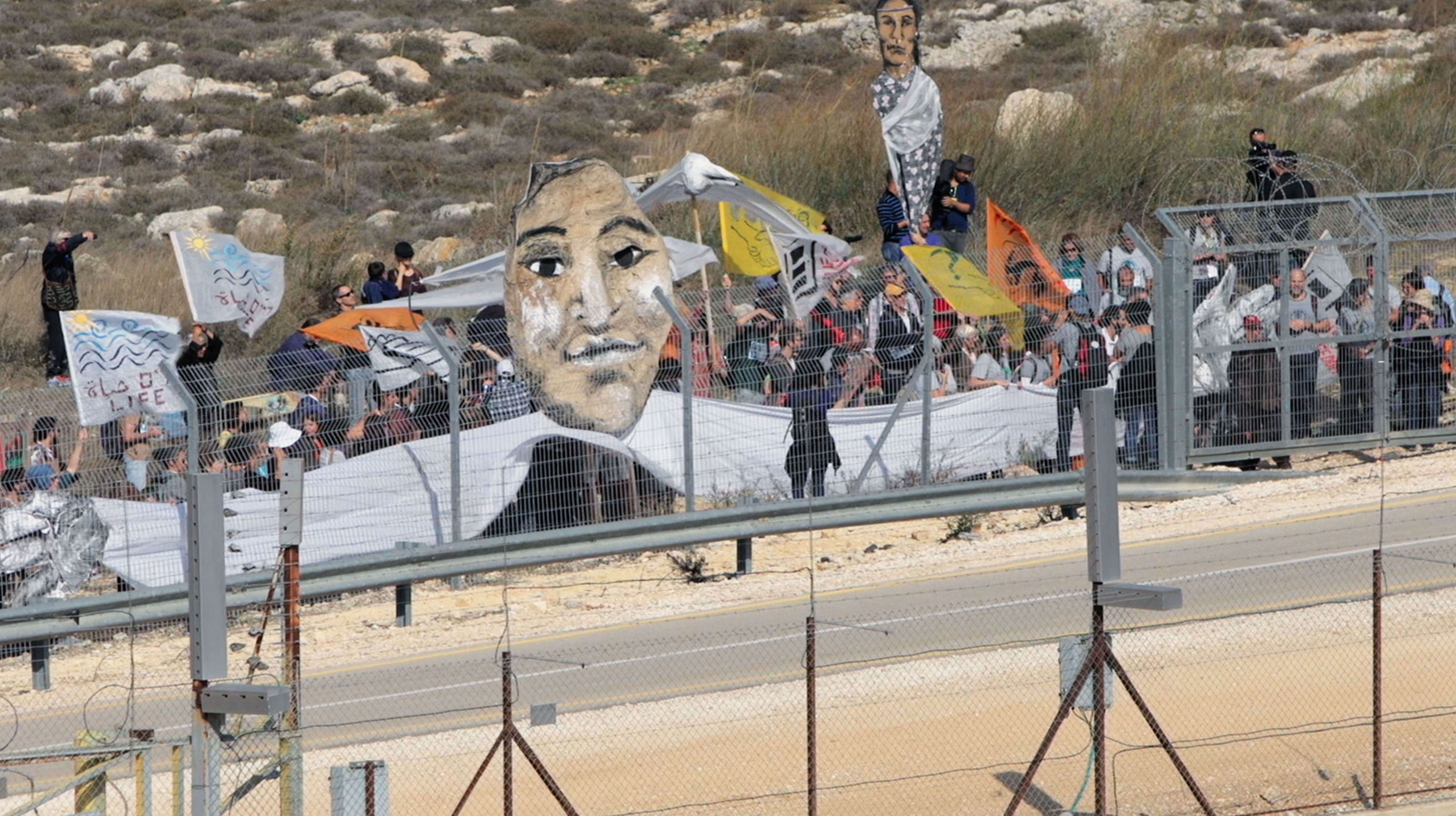 Jewcy: What resistance did you encounter in trying to make this movie?

It’s very interesting – the response to the film so far has been overwhelmingly positive, especially when people take the time to see it. Ultimately, it’s a very human story we can all connect with and experience the humanity of both peoples. That’s been very affirming, both within the region, in Israel and in Palestine, and in screenings in the United States and internationally. In addition to screening the film for mixed audiences, we have also shown it to only Jewish audiences and only Palestinian audiences. What’s fascinating about that is that the questions and fears that come up from each of those groups are essentially the same. Jews have an existential fear that they want to drive us into the sea, and it’s exactly the same fear that Palestinians express. Is there really someone on the other side who is a partner for peace, and is there anyone there who really cares about us?

Unfortunately, our leaders have perpetuated the sense, and the fear, that there isn’t a partner on the other side. I believe in many ways the international media has cooperated with that. When people see a different reality, it really connects to their longing, their desire, and their instinctual knowing that there is another way, both in this conflict and in so many other conflicts in our society.

Jewcy: For those inspired by the film, is there a way for them to get involved with the work of Combatants for Peace?

Absolutely. The response has been amazing with people who want to join in to this movement and are inspired to take action in their own lives. For the film to just be a feel-good film is not interesting. I’m gratified by the conversations that have been created and the actions being taken to work on this particular situation and to “disturb the peace,” in a sense, in regards to the other issues we care so deeply about to create a more just society. The title was very purposeful. Whose peace are they disturbing? It’s really the status quo. It’s the long legacy of Martin Luther King, Jr., Rosa Parks, and suffragettes getting arrested and making themselves uncomfortable to achieve real change.

Jewcy: What’s next? Will you make another film?

We are so immersed in this film that it’s like we’re drinking from a firehose. There’s so much interest, especially in creating a larger conversation about it, that this is really where we’re focused. What inspires me within Reconsider, our nonprofit, is to continue to explore the systems that we choose to create and to inspire a conversation around the ways we relate to the experience of life and to explore it as a more creative experience. The first step to do that is taking responsibility for our own creation, which circles back to exactly the words first spoken in our first meeting with Combatants for Peace.

For me, one of the fundamental ways in which I understand Judaism is its emphasis on curiosity, on questioning, and on struggle, ultimately focused on justice. I believe that at the core of this film and the work of Combatants for Peace are those ideals, so wherever people might come from, or whatever perspectives they hold, I believe that even with this issue, which is so emotional for so many people, that we’re capable of having a more open conversation, and that’s what I hope this film helps create.

“Disturbing the Peace” opens theatrically this Friday at Lincoln Plaza Cinemas and the Landmark Sunshine in New York City.