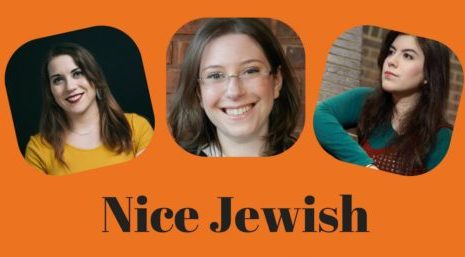 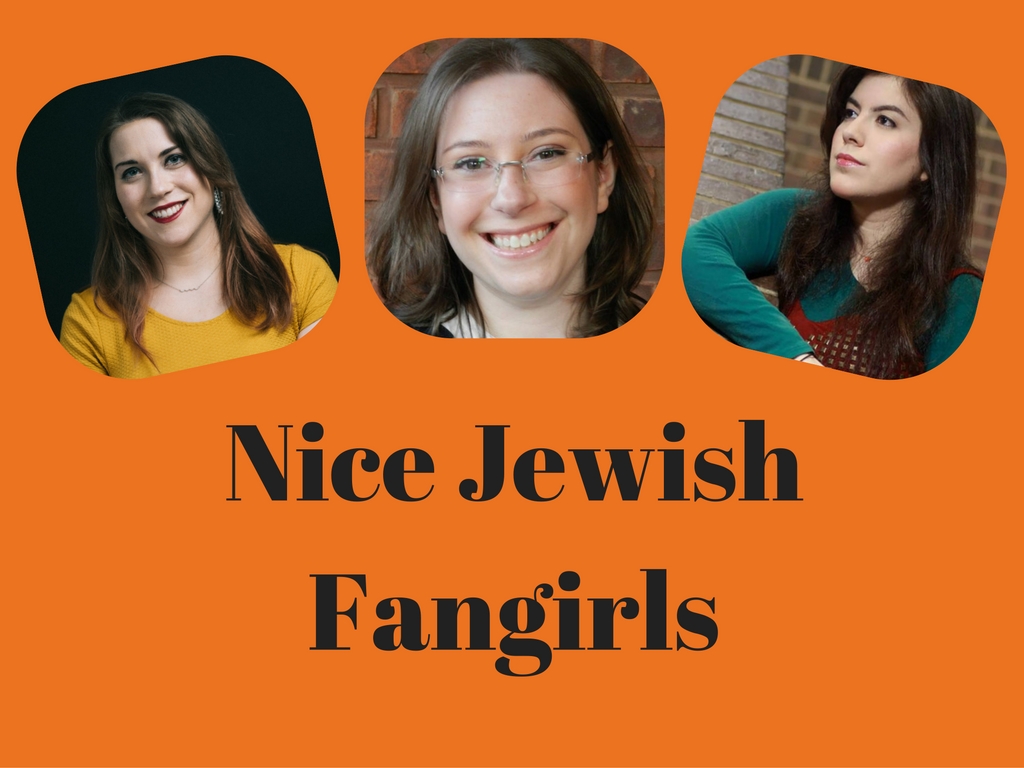 Do you like Star Wars? Do you have aggressively strong opinions about Marvel Comics properties? Do you spend Shabbat catching up on fantasy novels? Do you not even know what Shabbat is (wow, welcome to the site), but you like hearing Jewish women explain things? Presenting the new podcast: Nice Jewish Fangirls.

Only five episodes in, the show features three Orthodox Jewish New York women as they go over pop cultural news and discuss every element of “fandom” they can, from literature, to TV, to even, yes, sports. Fangirl (also a verb, as in, to be a woman becoming very excited about pop culture) can take on a slightly condescending connotation, but the trio of hosts claim it proudly here, debating, obsessing, and, yes, fangirling, about their latest obsessions.

All three women work as writers or journalists; Michal Schick is an entertainment reporter for Hypable, as well as a writing teacher.  Tamar Herman is a freelance writer who particularly contributes to Billboard about Korean pop culture. SM Rosenberg has done everything from working (and retiring) as an auto mechanic to fiction writing (definitely not retired).

The women for the most part became friends online, through Orthodox Ladies United in Fandom, a popular Facebook group for Jewish female geeks (Schick is a founder). Herman rallied the trio into creating Fangirls for Jewish Coffee House, a media site that has recently launched a podcast network (and is still looking for pitches!).

The trio talked to Jewcy via email to discuss why the intersection of being Jewish woman and a geek begs its own podcast, what they’re looking forward to in 2017, and passing out at one of the biggest fan conventions in the country.

Jewcy: How did you decide to do a podcast and get started?

Tamar Herman:  Modern Orthodoxy means that we’re living in modern society with our religious beliefs intact, but being too invested isn’t really socially acceptable even though so many people love seeing Marvel movies, watch tons of television, read fantasy books, etc.  OLUF served as a venue for some of us who are really involved in fandom culture, but I wanted to create a place for people to come and enjoy what those things are like through a MO [Modern Orthodox] lens. So I asked SM and Michal if they wanted to be involved and they said yes.

I don’t think you need to be Jewish, or MO, to listen to NJF and enjoy it, but we definitely went into it wanting it to be a place where we can, and should, talk about what we read on Shabbat or why we were upset the Goldstein sisters [from the new Harry Potter spinoff, Fantastic Beasts and Where to Find Them] were just Jewish in name.

Jewcy: So, it may seem obvious, but why a podcast about the intersection of your geekiness and Jewish identities?  Much of the conversation you have could be taking place amongst people who aren’t even Jewish.

Michal Schick: I think we’re all very accustomed to separating our identities as fans and as religious Jewish women, since those are spheres that often do not have the opportunity to cross. I know that I used to feel the need to perform as a “regular person” in geek circles— I wouldn’t bring up my religious identity, and often wouldn’t engage even if there did happen to be some intersection. The same was true of my daily life as a frum woman; I was used to assuming that displaying my “fannishness” would be strange, and in certain contexts even unacceptable.So for me, the point is not to explicitly integrate every element of these two identities, but rather to foster coexistence between them. We are both Jewish women and geeks, and depending on the subject, we may sound more like one than the other. But by bringing those identities together under the banner of Jewish Fangirls, we are honoring the importance and relevance of both simultaneously. What used to be divergent, or even contradictory, is now a holistic part of my identity.

And of course, there are many opportunities where this combination gives us a valuable and unique perspective. We can discuss Fantastic Beasts and Where to Find Them, for example, both as Harry Potter fans and as Jewish women who want to be represented onscreen. We can bring attention to the use (or misuse) of our religion and culture in popular media. And I also hope that we can do our part to demystify Orthodox life for geeks who are not Jewish, or aren’t familiar with our lifestyles. We’re religious, but we’re not scary, or secretive, or weird; we’re just nerds, and we love our fandoms like anyone else.

TH: Michal pretty much said it. As much as many women get scorned for being fangirls, I think Jewish women even more so. What is a Nice Jewish Girl doing spending her time obsessing over something like a book or pop star? But, of course, so many of us do and, like Michal said, we hide part of our identity. I for one feel far more at ease with my fandom friends than some of my closest friends from Jewish day school and college because they will never understand why I feel the way I do. And that’s fine, because we need different people in our lives for different things. But for so many frum people, there’s no outlet.

In OLUF, so many people have said that they’d never imagine there were so many Orthodox fangirls. We can be ourselves within the scope of Judaism, but we need a place to do it. That’s why I think it’s so important for us to be talking about fandoms, in a Kosher way.

SM Rosenberg: I’ve always surrounded myself with Jewish nerdy friends and family, so I’ve never struggled finding an outlet, and I’ve also always been pretty open about my Jewishness in fandom environments and am comfortable answering questions about it (like a time at DragonCon when I donated blood and nearly passed out and spent the afternoon recuperating and teaching the con medics the kosher symbols on the snacks I could eat), so my perspective is probably different.

Mostly, I think that with any minority group, accessibility is key. How can anyone relate to people without common ground? Pop culture and fandom are amazing sources of common ground and conversation fodder. I currently help out a child who is recovering from cancer, and sometimes his friends come over and aren’t sure what to say, so they bring up Harry Potter or baseball or superheroes, and it’s so wonderful to watch the walls come down for those few minutes while they fanboy about things. Common ground makes people approachable and likable, be they Jews or Buddhists or Mormons or kids with cancer, and hey, I like being likable. And I like making it okay for other people like me to be open about the things they like.

Jewcy: What’s one thing you’re really excited to fangirl about (with a Jewish angle would be nice, but not necessary) in 2017?

MS: Wonder Woman! It’s way past time for a woman-centric superhero movie, and the fact that Gal Gadot is unapologetically Israeli and Jewish just thrills me.

TH: I was going to say Gal Gadot as Wonder Woman, but Michal beat me to it. Can I say more episodes of NJF? I really have been quite fangirly about our own fangirl podcast…

SMR: Well, The Good Place just came back from hiatus and I love it an irrational amount at the moment, and everyone should watch it. It’s gotten so much better since the pilot, and I can’t wait to see where it goes.

Thanks to the gang for talking to us! Nice Jewish Fangirls drops (more or less) every other Monday on iTunes, Stitcher, Soundcloud, or wherever you get your podcasts! You can also tweet at the show, or email the gang at nicejewishfangirls@gmail.com.