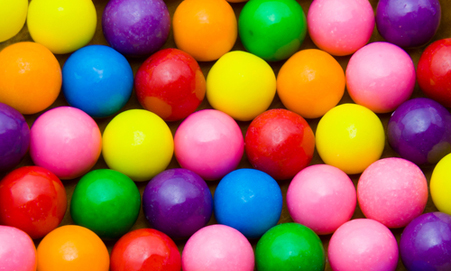 We’ve been on a Semitic sugar high ever since news broke that Goldenberg’s Peanut Chews decided to proudly slap the “Goldenberg” back on its iconic wrappers after their 2004 assimilation-friendly redesign.

Craving some more candy with ‘kosher’ roots? Katharine Weber assembled the ultimate list of Jewish candy dynasties back in 2009 for Tablet, explaining the appeal and popularity of candy selling among recent Jewish immigrants on New York’s Lower East Side. “Candy was a relatively easy thing for a newcomer to make,” Weber wrote. “It did not require significant investment in equipment, materials, or labor, and could be made on a stove top with a few inexpensive ingredients.”

In addition to Goldenberg’s Peanut Chews, which won government contracts during World War I and were used as non-melting ration bars for soldiers, Weber reveals fun facts behind the history of some of your other favorite candy:

The story of Tootsie Rolls began in 1896, when Leo Hirshfield opened a little corner candy shop in New York City. Although he made many candies, having come from a confectionary family in Austria, his most successful penny candy was a cylinder-shaped uniquely chewy cross between fudge and caramel, in a wrapper twisted at both ends, which he named for his five-year-old daughter Clara, nicknamed Tootsie.

Mike and Ike’s (from the makers of—gasp—marshmallow Peeps):

Just Born introduced the popular Mike and Ike candies in 1940, whose name was likely inspired by the 1937 song “Mike and Ike,” which in turn was based on a 1920s Rube Goldberg comic strip. In 1953, Just Born acquired Rodda, a jelly bean company which also made a small line of marshmallow sweets, among them an Easter Peep. It took 27 hours to produce the Peep by hand. Sam Born’s son, Bob, invented a machine that reduced that time to six minutes, and today the company is the world’s biggest manufacturer of marshmallow confections.

When sugar was rationed during World War II, Topps bought up small candy companies in order to close them up and use their sugar quotas. Topps thrived even while larger gum brands went out of business. In 1950, Topps changed focus with the introduction of celebrity trading cards, starting with Hopalong Cassidy, but turning to baseball players a year later. Originally developed as a clever means of getting people to buy more gum, the baseball cards quickly turned into a lucrative centerpiece of the business.