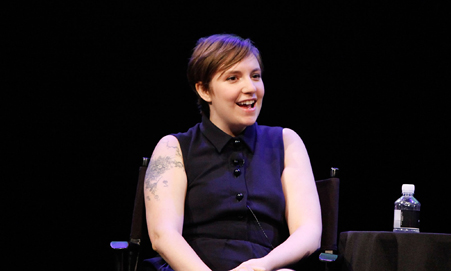 Lena Dunham, last seen lip-syncing her support for Barack Obama with the likes of Tavi Gevinson, took her PSA campaigning one step further: sex. Just kidding, but she sure makes voting sound a lot like it! Her first time was with Obama.

Slate points out, however, that Dunham was 18 during the 2004 election, and therefore could have lost her v-card (V like voting, duh) to John Kerry. I think we can all agree that the real question here is who Shoshanna is voting for.

Previously: ‘You Don’t Own Me,’ Sing Lena Dunham and Tavi Gevinson to the GOP

(Photo by Amy Sussman/Getty Images for The New Yorker)