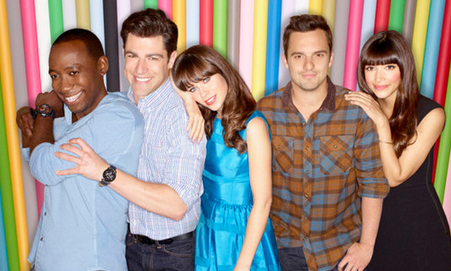 I think we can all admit that Fox’s New Girl hasn’t been all that funny this season. Sure, it was cool when Schmidt recited the Shema, but that was weeks ago. If you were considering bailing on the show altogether, reconsider, because Adam Brody is on his way, hopefully bringing with him some much needed comic relief. TV Line reports:

In an episode slated to shoot next week (and air in early 2014), Brody will play Berkley, a long-ago ex-boyfriend of Jess’ (Zooey Deschanel) who’s now a married stay-at-home dad. He’s open with his feelings and prides himself on having mastered the art of being an ex, which is probably why he and Jess (allegedly) remained the best of friends after their breakup.

This New Year’s Eve, when you’re quite obviously not enjoying your night, think of Brody and how he’s going to breathe Seth Cohen life back into a sitcom you once enjoyed.

Until then, watch a very depressed (and less entertaining) Schmidt get hit by Jess’ car: