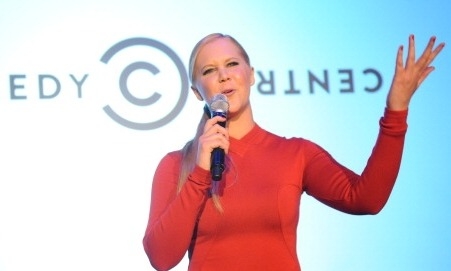 There was Kristin Wiig, Lena Dunham, and now it’s Amy Schumer, Judd Apatow’s newest comedic talent. Schumer, the star of Comedy Central’s Inside Amy Schumer, has written an untitled screenplay and Apatow has signed on, along with Universal Pictures, to “develop the story and shape the script,” Deadline reports.

Schumer first came on the radar with standout turns on Comedy Central roasts of Roseanne Barr and Charlie Sheen. That led the network to launch her as writer/star and exec producer of the series Inside Amy Schumer, which premiered to Comedy Central’s highest ratings this year. Before that, she starred in the hourlong special, Mostly Sex Stuff for Comedy Central. Schumer and Apatow are represented by UTA and manager Jimmy Miller of Mosaic.

Well, she’s doing pretty well for herself. If the new film is anything like Bridesmaids or Girls, we’ll probably love it.