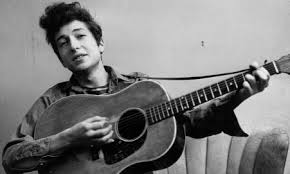 Last month, Bob Dylan was in the news for a new interactive music video for “Like a Rolling Stone” (brought to you by Israeli director Vania Heymann). This month, he’s in the news for alleged racism. The Council of Croats in France has sued Dylan over a comment he made analogizing Croats to Nazis in a 2012 Rolling Stone interview with Mikal Gilmore.

“This country is just too fucked up about color. It’s a distraction. People at each other’s throats just because they are of a different color. It’s the height of insanity, and it will hold any nation back – or any neighborhood back. Or any anything back. Blacks know that some whites didn’t want to give up slavery – that if they had their way, they would still be under the yoke, and they can’t pretend they don’t know that. If you got a slave master or Klan in your blood, blacks can sense that. That stuff lingers to this day. Just like Jews can sense Nazi blood and the Serbs can sense Croatian blood.”

The Guardian reports that after the comments were made, many Croatian radio stations decided to stop playing Dylan’s songs.

According to CRICCF secretary general Vlatko Maric, Parisian courts have accepted to hear their case and asked Dylan to appear as part of the hearing. “[Dylan’s comments were] an incitement to hatred,” Marić said in a statement. Although France has strict hate speech laws, CRICCF stated that all they are seeking is an apology.

And, just a few weeks ago, Dylan was awarded France’s Legion of Honour. We’ll see what happens next.