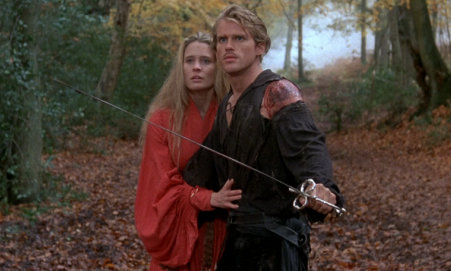 November has been good to the most Jewish films of the late ‘80s. An improvisation troop got together at Katz’ Deli to have communal fake orgasms for all to see, reminding the world of When Harry Met Sally’s significance. Plus, Disney Theatrical Productions and William Goldman, author of The Princess Bride, struck a deal to bring the story to the stage.

If this isn’t enough news for you, that’s fine. Because, for whatever reason, there’s more. After a cast reunion, Cary Elwes, also known as Westley, decided to write a book, As You Wish: Tales From the Princess Bride, about the making of the film. Come 2014, just a measly 27 years since the film’s debut, we’ll get to read cast interviews and learn all the behind the scenes magic and gossip, the Hollywood Reporter reports.

“It was a joy to work on such a magical film with an amazing cast of talented actors and friends,” Elwes said in a statement. “It will be great fun to revisit The Princess Bride and to share my fond memories of the unforgettable experience we all had.”

Previous: ‘The Princess Bride’ is Heading to the Stage