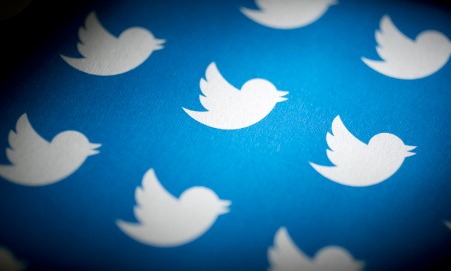 Twitter is where we see the inner workings of a celebrity’s mind. A space where no one, often not even a publicist, can get in between an immediate thought and the nearest keyboard. When Amanda Bynes starting heading downhill we first saw it through the heretical “Drake is ugly” tweets. When Kanye West was mad at Jimmy Kimmel last week, he went straight to the social media site to let everyone know. But it’s not only public meltdowns or petty fights that we get to see in real time. Twitter also shows us the intimate details of a celebrity’s life from who they’re hanging out with to what music they are #NPing to what Yiddish sayings they like to employ in daily conversation. Here’s a short introduction into the celebrity world of Jewish Twitter.

Alana Haim, who goes by @babyhaim, was happy to spread the New Year cheer on Rosh Hashanah. Just a day after the band’s first sold out show at New York’s Webster Hall, she wished everyone on Twitter a happy New Year, with some emoji stars, of course.

It turns out the girls are friends with fellow Jewish tweeter Jessie Ware. Ware, for the unfamiliar, is a British R&B/Soul singer, who actually helped write Haim’s debut album’s title song “Days are Gone.” So when the album came out, it was no surprise that she wished them a “mazel tov”.

Mazel tov to my sisters @HAIMtheband on their debut album being out NOW! Go get x

What was surprising was Ware’s familiarity with Yiddish terms; she was “kvelling” over the album’s release.

On to more shocking events, Harry Styles of One Direction fame, tweeted about stuffing his face with food before the Yom Kippur fast. He even made it clear that he’s done this fast many times before. Important detail, Harry.

Eating as much as I can now. Gonna be a tough 25 hours. My problem is I am always hungry straight after kol nidre. Fast well everyone!

Predictably, thousands of retweets by Jewish girls followed, ecstatic that they could now marry Styles, a nice Jewish boy. Alas, as Jewcy reported, his dad broke all of their hearts and confused everyone.

Still lots of queries asking if H is some % Jewish? No idea where any rumours came from in but, categorically, he is 0% Jewish. Not at all.X

Yom Kippur was not even the first time Styles tweeted about Jewish holidays in such detail.

Looking forward to seder night. Always get a bit nervous when I have to sing ma'nish ta'na. But do love a shmorreh matzah. Happy pesach x

Elizabeth Banks kept us up to date on her Passover Seder. Just imagine if we had Twitter during the actual escape from Egypt.

Happy Passover. On my way to Seder. I think I just saw Elijah sneaking around in the bushes.

Moving on…So it’s interesting that Yiddish Proverbs is an account, but it’s more intriguing that Melissa Joan Hart follows and retweets it. Now we know how Clarissa explained it all.

And finally, look where Jonathan Cheban , the man most famous for being friends with Kim Kardashian, rang in Rosh Hashanah. Maybe next time Kim, Kanye, and baby North will join.