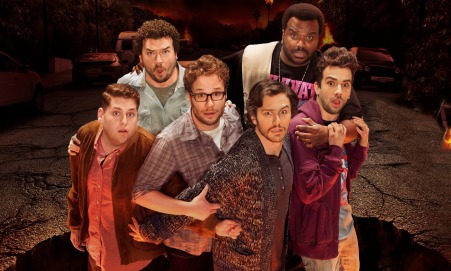 Back in the day, comedies often came with blooper reels. Unscripted mess-ups we could watch, making us feel closer to the actors, like we were in on their jokes. In This Is the End, written and directed by Seth Rogen and Evan Goldberg, jokes abound, but they leave you wanting one-on-one time with the crew. Even my father, a solitary Israeli, wants to hang with them. “I’d like to spend 24 hours with those guys,” he said, weirdly, in his thick accent.

On that note, here’s a recently released blooper reel from the set. We particularly like Danny McBride’s head-nod/”shalom” combo.

Enjoy, Abba and everyone else.