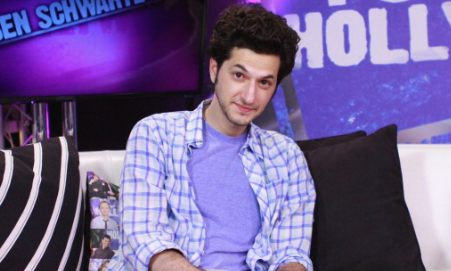 Ben Schwartz, aka Jean-Ralphio Saperstein from Parks and Recreation, announced on his Tumblr that a short film he starred in, I’m a Mitzvah, is headed to the Sundance Film Festival. Mazel tov, Ben!

The film’s plot goes a little something like this:

The short was written by Ben Berman and Josh Cohen, directed by Ben Berman and the music was composed by Stephin Merritt of the Magnetic Fields. It follows a young American man (me) who spends one last night with his deceased friend while stranded in rural Mexico. The story is dark and beautiful and was so much fun to film.

“Your eyes are about to piss tears,” is what Jean-Ralphio would say before showing you this trailer. Really, it looks wonderful. Watch, enjoy, and get excited for what will probably be a very limited theatrical release (sigh…).