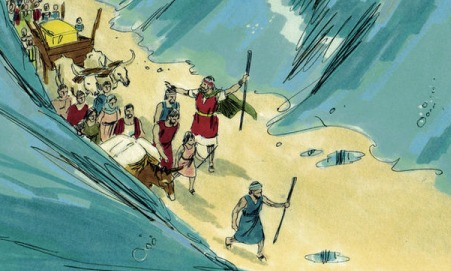 Remember when you were assigned Nathaniel Hawthorne’s The Scarlet Letter, but you watched the film starring Demi Moore instead? Well, for all you kids in Chumash class, you can soon pull the same move with the bible’s second book. Ridley Scott’s film Exodus, which is slated to premier in 2014, will star Christian Bale as Moses, Sigourney Weaver and John Turturro as the Pharaoh Ramses’ parents, and Aaron Paul is in negotiations to join the cast, too, Variety reports:

Paul will play the Hebrew slave Joshua who goes on to lead the people onto the promised land after Moses.

A far cry from his meth cooking as Jesse Pinkman in Breaking Bad.