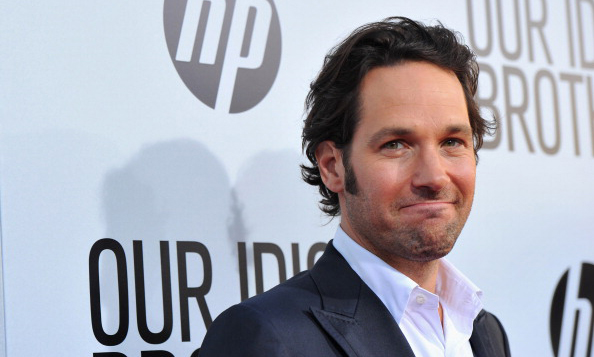 Two of the cutest Jewish superheroes ever, no? Variety reports that Paul Rudd is in early negotiations with Marvel to star as superhero, Ant-Man. Joseph Gordon Levitt was initially rumored to star in the role, but “obvs” Rudd won. Although, don’t cry for Levitt.

The actor and creative mind behind hitRecord, a collaborative production company, will join Neil Gaiman on producing the film adaptation of ’90s comic book series, The Sandman. Levitt tweeted to confirm his excitement:

“Ladies and gentlemen, I’m incredibly honored to be working with David Goyer, Warner Bros, and @neilhimself on SANDMAN. #prelude”

Although it’s highly possible, it’s yet to be determined if J-Levitt will act in the film.

Whether or not you’re into superhero movies, having these two in the picture makes it all more likely the theaters will be filled with an even 50:50 ratio, girls to boys.