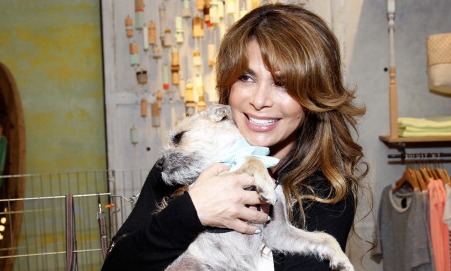 She’s been a cheerleader for the Los Angeles Lakers, she’s judged American Idol, she’s even sung with a fox, but Paula Abdul has never been to Israel. Until next week, that is. Abdul, 51, begins her first trip to the Holy Land next Monday, where she will celebrate her Bat Mitzvah at the Western Wall in Jerusalem.

According to the Times of Israel, Abdul is an official guest of the Tourism Ministry and will meet with President Shimon Peres and Tourism Minister Uzi Landau. She also has plans to tour from Jerusalem to Tel Aviv and up to sites in the Galilee.

Although this is her first trip to Israel, Abdul has been active in Judaism. She was born to two Jewish parents and grew up Reform in California. More recently, she’s been connected to the Los Angeles Chabad Rabbi Chaim Mentz and took part in a Chabad fundraiser last November in Toronto.

And because we already can’t wait until the weekend, here’s a video of Paula Abdul wishing you a Shabbat Shalom.