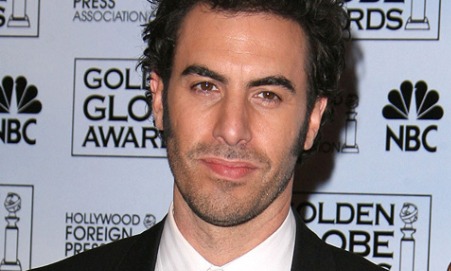 Here to share my amazement, and do a fantastic job making fun of it, is our favorite Jewish-British comedian, back with a new character. Sacha Baron Cohen’s new film will star him as a Northern football thug, Mirror reports. We are certain that the former model, famous for his roles as Ali G., Borat, and Bruno, will deliver a stellar performance as a crazy football hooligan.

Baron Cohen is no stranger to controversy. When in character as Borat, he freely espoused anti-Semitic views. “People really let down their guard with him because they’re in a room with somebody who seems to have these outrageous opinions,” he told NPR’s Robert Siegel about Borat. “They sometimes feel much more relaxed about letting their own outrageous, politically incorrect, prejudiced opinions come out.” Baron Cohen is a mastermind of this gambit, in no small part due to his ability to enter and stay in character.

Keep it real, Sacha. Can’t wait for the next one.