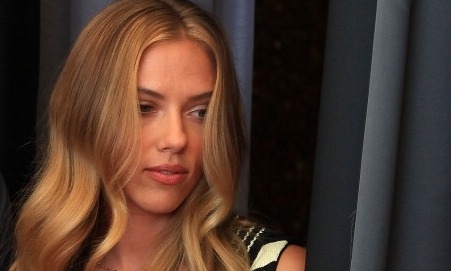 Surprise, surprise. Scarlett Johansson is Esquire’s 2013 Sexiest Woman Alive, not that we needed a magazine to tell us that, just look at the woman. And, it’s not the Don Jon star’s first title either. Johansson was named Sexiest Woman Alive in 2006 as well. She could very well win each and every year and few people would contest the matter. Esquire reports:

This year, Scarlett says, has been the busiest of her life. One movie released, two more coming out in the next five months, and two more in production. She finished a full run of a Broadway revival of Cat on a Hot Tin Roof in March. In the movie she has out right now, Don Jon, she plays the hot, manipulative girlfriend of a porn addict. She makes a hootchie girl elegant, offering ascendant beauty in every scene. Hers is an unstressed beauty, which may be why her look is so mutable, more slender than buxom and fleshy. Her next movie is Under the Skin, a horror film in which she plays a flesh-tearing supernatural wandering across Scotland.

She’s even sexy as a flesh-tearer. We vote Johansson 2014, and so on and so forth.

Previous: ‘Under the Skin’ Stars a Very Spooky Scarlett Johansson