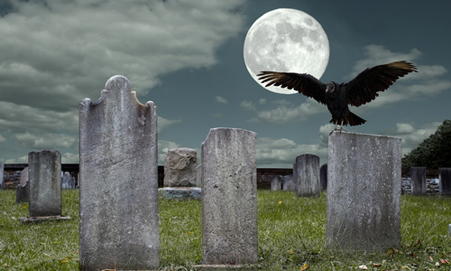 Polish archaeologists discovered something unusual at a construction site in the South of Poland: what is believed to be a Medieval-era burial site for suspected vampires. According to the Guardian, who broke the ghoulish news, “Skeletons were found with their heads removed and placed on their legs indicating they had been subjected to an execution ritual designed to ensure the dead stayed dead.”

Unfortunately no identifying objects (jewelry, objects, garlic cloves) were found, so the archaeologists can’t ascertain exactly when the bodies were buried. But apparently the vampire craze existed pre-Twilight. From the Guardian:

Historians say that the practice was common in the Slavic lands during the decades following the adoption of Christianity by pagan tribes.