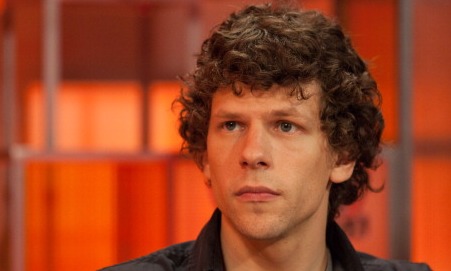 After its premiere at the Toronto Film Festival, The Double, starring Jesse Eisenberg (twice) and Mia Wasikowska, has just gotten the green light in the U.S. with Magnolia Pictures having obtained the rights, Variety reports.

Eisenberg plays a timid, isolated man who’s overlooked at work and ignored by the woman of his dreams (Wasikowska). The arrival of a new co-worker, also played by Eisenberg, upsets the balance since the new co-worker is his exact physical double and his opposite.

Well, you know what they say, two Eisenbergs are better than one. Or at least we say that.