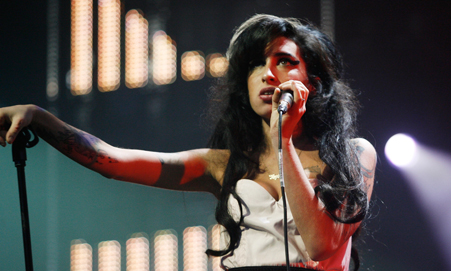 2013 is shaping up to be the year of Amy Winehouse. First news of a documentary about the late singer, now a museum exhibit devoted to Winehouse’s Jewish family life. “Amy Winehouse: A Family Portrait,” will be on view at The Jewish Museum in Camden, where Winehouse grew up, from July 3 to September 15, and visitors will get to see a decidedly different side of the troubled star’s life.

“We weren’t religious, but we were traditional,” Winehouse’s brother Alex told Vogue U.K. “I hope, in this most fitting of places, that the world gets to see this other side, not just to Amy, but to our typical Jewish family.”

Amy was close to her family and had a strong sense of her Jewish roots and heritage. The exhibition will show many unseen photographs of Amy’s family life – Friday night dinners, Alex’s Barmitzvah and vintage photographs of their beloved grandmother Cynthia.

Will you be dropping by the exhibit?