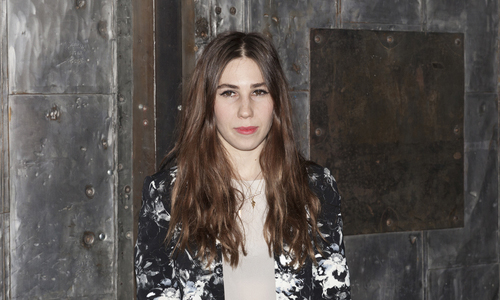 No matter how different Zosia tells InStyle her own look is from her beloved Girls character Shoshanna, it’s hard to picture Zosia as anything other than Shosh–if only because she does “Shosh” so well. Everybody’s favorite “Girl” Zosia Mamet (in strict competition with my love, Jessa) graces the January cover of InStyle and talks fashion, her boyfriend, and the stark differences between her and Juicy-velour-wearing character, Shoshanna.

“Shoshanna’s style is, I think, the exact opposite of mine. We are intrinsically opposite human beings. Her’s is very specific. There’s a lot of pink. I think she likes something tailored. I don’t think Shoshanna would ever wear a shift dress. I think she would refer to it as a “sack” probably; whereas my favorite dress is a dress that my boyfriend calls the “sack dress,” that I would live in if I could. I don’t know where she gets her hairstyles from, but they come from somewhere. It’s like an amalgamation of every fashion mag ever, and probably some from Japan.”

“Something I love about Shoshanna is how unabashed she is. She puts her foot in her mouth all the time, but she doesn’t apologize for it. She’s very worried about what other people think, but she still really does her own thing.”

Decorate Your Sukkah With Your Favorite Jewish Comediennes

Zosia Mamet Talks About Her Eating Disorder for the First Time