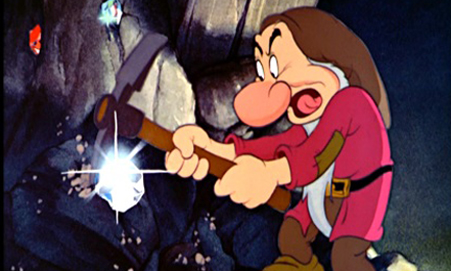 As long as we decide to exchange gifts for Hanukkah, there will always be the famously problematic recipients. There are those who have everything; cousins you never really got along with and whose ages you aren’t sure of; and aunts who are suddenly—and unabashedly—into Tantra after a life-changing trip to India. Then there are the strangers—a sister’s boyfriend or a distant uncle—for whom you inevitably settle on a tie, neither too loud nor too muted.

But most difficult of all are the holiday grouches, those relatives who really don’t seem to like anything at all. No gift is good enough, but giving nothing isn’t an option. Maybe they’re poorly behaved, maybe they’re silent, but in general you want to hit them, and not because you hate them, but because you haven’t been able to figure out how to put that magical holiday twinkle into their eyes with the nicely-wrapped gift you hand over for Hanukah. Until now:

These knives have been made in France since 1890, and have been used by sailors and Foreign Legion officers for everything from cutting rope, to grilling sausage, to probably cutting off fingers during interrogations. Even the grumpiest of people will be amazed by the little knife with a big history, whose blade can cut through brisket as though it were air.

Before people like Daniel Tosh made a mockery of it, there used to be an art to offending others, and Lenny Bruce had it down. And so after you leave the apartment of a person who probably didn’t even want you over for Hanukah dinner to begin with, know at the very least that they’ll have something to listen to—and that you’ll probably get invited back next year.

There is a reason every famously difficult person has a rather pleasant relationship with Scotch. Studies show that Scotch makes annoying things more tolerable—just ask Ron Swanson—and this one is even kosher.

One of the greatest gifts you can give is the ability to stay bone dry during a rainy day. This umbrella won’t break, or turn inside out, or do any of those terrible things umbrellas usually do that make grumpy people frustrated.

It isn’t easy to find wall art that is elegant but not stuffy, and well designed but not pretentious. These posters might not come soon enough for a curmudgeon stuck in an eggshell-colored apartment.

Instead of making them go see the movie with you, which would undoubtedly mean subjecting them to something they find offensive and unbearable in every way, let them stay home, alone, and read a real book.

If anything might be able to keep a grouch busy during the holiday season, it’s a series of movies about detectives who the world doesn’t quite understand, who operate as they please and in spite of what others desperately want.

A pen designed by German engineers means a pen that writes smoothly, won’t break or smudge, and that allows whoever owns it to stand ever-so-slightly apart from every one else. Consider your grumpy uncle infinitely pleased.

Alexander Aciman is the author of Twitterature. He has written for the New York Times and Condé Nast Traveler. His Twitter feed is @acimania.