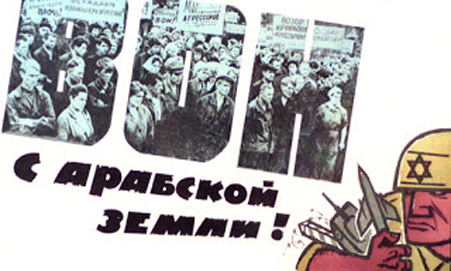 After your recent visit to Moscow to open the loftily named Jewish Museum and Tolerance Centre, it seems you’re having trouble distinguishing between your Russian Mother and her lullabies, and Mother Russia and her “hospitality.”

“My mother sang to me in Russian, and at the entrance to this museum, memories of my childhood flooded through my mind, and my mother’s voice played in my heart,” said Mr. Peres, 89, who was born in what is now Belarus. “I came here to say thank you. Thank you for a thousand years of hospitality.”

So, Mr. Peres, here’s a small list—an A-Z of sorts, mostly covering only the last few centuries—of some other things we can all thank Mother Russia for. I’m sure your own Russian-Jewish citizens will agree.

Anti-Semitism — See everything below.

Babi Yar — A killing site near Kiev used throughout the Holocaust, with estimates ranging between 70,000 and 120,000 deaths. In 1976, the Soviets permitted a monument to the dead, but would only commemorate Soviet citizens. After the Soviet collapse, a memorial specific to the Jewish victims of Babi Yar was erected.

Conscription — To the Tsar’s army with you! A mandatory 25-year conscription, beginning at age 12, was enacted in 1825 under Nicholas I (of all the edicts about Jews enacted by Tsars between 1649 and 1881, Nicholas I was responsible for 600, or half). Stories abound of boys being hidden from or kidnapped for the Tsar’s army, of child marriages and brothers with different last names, all to fool the army enforcers.

Doctor’s Plot — On January 13, 1953, Soviet citizens awoke to newspaper reports of a plot by a group of prominent Moscow doctors—almost all Jewish, surprise, surprise—plotting to poison Soviet leadership. Authorities arrested 37 doctors, making more arrests during the following weeks. The propaganda machine went into full swing, as did the show trials, executions, and gulag orders, affecting Jews across the country. It’s largely believed that Stalin was using this as a precursor for large-scale deportations, halted only by his death two months later on March 5, 1953.

Elders of Zion, Protocols of — One of the most infamous works of anti-Semitism, the Protocols of the Elders of Zion was first serialized in 1903 in a St. Petersburg newspaper. One of the possible authors headed up the Russian secret police in Paris. It claimed to document a meeting by world Jewish leaders, the “Elders of Zion,” plotting world Jewish domination. During the Russian revolution it was used by the Tsar’s supporters to discredit the Bolsheviks. Despite being exposed as a forgery, it continues to circulate as “evidence” of a Jewish conspiracy to world domination.

Fifth Line — Under Soviet rule, all citizens were required to carry an internal passport. The infamous “fifth line” was for nationality, which, for Jews, was always stamped Jewish, giving employers, universities and others a quick way to weed out undesirables. Officially, all citizens of the Soviet paradise were equal, but the realities of the fifth line made it clear that the opposite was true. Wry jokes about the “disease of the fifth line” were common among Soviet Jews. Nationality was only abolished on internal identity papers in 1997.

Gulags — It was cold, people died, lots of them were Jewish.

Holocaust — Until recently, little has been known in the west about the specific nature of the Holocaust within Soviet territories, where over two million Jews were killed. There were few ghettos and concentration camps–people were typically rounded up and shot immediately as the Nazis advanced towards Moscow. After the war, the Soviets refused to acknowledge anything particular about Jewish deaths, leading to a particularly painful irony that Jews were counted as Russians in death but as Jews in life (see Fifth Line, above).

Inter-marriage — A direct result of Soviet assimilation policies, intermarriage became an issue when Russian-Jewish immigration to Israel began, as many people who’d been discriminated against as Jews in the USS, found themselves unable to be married or properly buried under Israel’s laws of matrilineal Jewish descent.

Jewish Anti-Fascist Committee — The JAFC was formed by Stalin in 1942, to promote anti-Nazi sentiments both in the USSR and abroad. It was led by Solomon Mikhoels, the very popular director of the Moscow State Jewish Theatre. A year later, Mikhoels and Itzik Feffer traveled to the US, Canada, Britain and Mexico to gather support and funds for the Soviet war effort. The JAFC also helped publish and distribute the Black Book. After the war, the JAFC’s international ties became a liability – it was brutally disbanded and its most prominent members were killed on trumped up charges (Mikhoels was famously killed in a staged car accident).

Kishinev — Kishinev, now Chişinău, capital of Moldova, was the site of one of the most prominent Tsarist-era pogroms over Passover of 1903. The pogrom was sparked by the deaths of two children—a suicide and a murder—quickly leading to charges of blood libel. No attempts were made by officials to stop the rioting until the third day, by which point 49 Jews were killed and nearly 600 wounded; the New York Times stated that the details were too horrific to pass its censors. The episode had a direct impact on emigration as Russian Jews realized emancipation would never be theirs.

Letters, Hebrew — In 1915, the Russian authorities found the time, amidst war strategizing, to ban Hebrew letters from books and newspapers—effectively abolishing both Yiddish and Hebrew publications—as a result of their general suspicion of Jews as disloyal traitors. Then, in 1919, the Bolsheviks banned teaching Hebrew in schools as part of their efforts to enforce a secular, pro-communist, Yiddish culture among the Jewish population. Hebrew books and periodicals were seized and the language virtually disappeared.

May Laws — More repressions after more pogroms! The May Laws were enacted in May 1882 on top of existing restrictions on Jews in the Pale of Settlement. The Tsar’s minister, Konstantin Pobedonostsev, reportedly stated that the government’s wish for Russia’s Jews was that “one-third will die out, one-third will leave the country and one-third will be completely dissolved in the surrounding population.”

Night of the Murdered Poets — Just another day for the KGB when 13 prominent Yiddish poets and writers were executed in Moscow’s Lubyanka Prison on August 12, 1952, after a two-month show trial. The episode was kept out of the papers and the victims’ families didn’t learn of their fates until 1955.

Okhrana — The Tsar’s secret police and precursors to the KGB, often thought be behind the “spontaneous” pogroms of the time.

Pogroms — As a result of pogroms, two million Jews fled Mother Russia between 1880 and 1914. Two million. (Incidentally, that still left about three million under Soviet rule.)

Refuseniks — The term came into existence in the 1970s, referring to Soviet Jews who were refused permission to emigrate, often for no reason, though bogus excuses like state security were cited. Sometimes people arrived at the airport, luggage and tickets ready, only to be turned away at the last moment. Refuseniks (particularly those who then became activists) came to symbolize the Soviet human rights repressions throughout the last decades of the empire.

Sidelocks — Distinct hairstyle of observant Jewish men. Banned in 1844 under Nicholas I (see Nicholas I, above).

Tashkent Front — Despite the high number of Jews fighting in the Red Army, including Jews decorated as Heroes of the Soviet Union, the country’s highest military honor, a common joke after the war was that the Jews had spent World War II on the “Tashkent Front”—that is, hiding alongside children and other evacuees.

Vyisov — Since Soviet law only allowed immigration for family reunification, the one way a Soviet Jew could even consider leaving Mother Russia was by getting an official invitation from Israel. A vyisov was typically acquired by whatever connections one could muster up, and many families opted for the United States and Canada once they were safely out of the USSR. The “drop-out” rate was a major point of contention between Israel and the U.S. throughout the Soviet Jewry movement.

Yiddish — During the early Soviet days, Yiddish became the language of the Jewish proletariat—and a key tool of communist propaganda for the newly established regime—leading to a flourishing Yiddish culture in the 1920s and 1930s. Highlights included red Haggadahs, where the escape from Egyptian slavery was recast as an escape from the slavery of capitalism. Soviet Jews effectively lost their religion, but got to keep their sense of culture, at least temporarily, so long as it sent the right communist messages.

Zion, Prisoner of — Zionism was right up there with rootless cosmopolitanism in the annals of Soviet slurs and criminal charges. During the Soviet Jewry movement, imprisoned refuseniks such as Natan Sharansky were known as Prisoners of Zion.

All this to say thank-you, Mother Russia, for the hospitality!

Lea Zeltserman is a Toronto-based writer who writes on Soviet/Russian Jewish issues, tech and gender. Find her on Twitter here.

Lea Zeltserman is a Toronto-based writer who writes on Soviet/Russian Jewish issues, tech and gender. Find her on Twitter here.