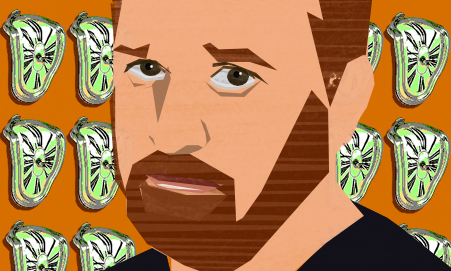 In a well-known portion of his standup act, comedian Louis C.K. talks about how it’s better to be a white male. Not that whites are better, mind you, but that it’s clearly better to be white. To prove his point, he uses the example of time travel and how only white men can go backwards in time. And since I’m in no way funnier than he is, I’m just going to quote him directly:

Here’s how great it is to be white. I can get into a time machine and go to any time and it would be fucking awesome when I get there. That is exclusively a white privilege. Black people can’t fuck with time machines. A black guy in a time machine is like, ‘Hey anything before 1980, no thank you, I don’t want to go.’ But I can go to any time. The year two? I don’t even know what was happening then. But I know that when I get there, ‘Welcome, we have a table right here for you sir.’

This bit came to mind when I was considering data published in The Unfinished Revolution, Kathleen Gerson’s 2010 book about modern attitudes toward relationships, work, and family. Encouragingly, 80 percent of young women and 70 percent of young men said that ideally, they would favor an egalitarian arrangement where both partners have high paying careers and share equally in child rearing responsibilities.

But since we don’t live in an “ideal” world, Gerson asked her respondents about how they would handle a situation where this 50/50 split isn’t possible.

When confronted with the impossibility of attaining equality in their relationships and professional lives, the men opt to jump into their time machines and go back to the past—preferring that their female partners deprioritize their jobs and tend to hearth and home while they continue on their career paths and become the primary breadwinners for their families.

Women, on the hand, opted to keep their jobs and hypothetical children—and ditch their men. They wouldn’t give up their careers and become housewives. Because women, unlike men, can’t mess with time travel. For most women with modern sensibilities, life in the 1950s is not a palatable choice.

Obviously, this is a pretty extreme example. There are many couples who may not have perfectly equitable partnerships—working women still do a disproportionate amount of the childcare and housework compared to their male counterparts—but have made it work while keeping their jobs and being supportive of each other’s goals.

Yet this data reminded me of another place where gendered time travel is possible—the Orthodox community. It’s a world where the old gender roles are still alive and kicking. Orthodox women may have careers, demanding ones at that, but once they step into the synagogue, that ritual space with its male-only clergy and clearly demarcated sections and roles for women, they may as well have traveled backwards in time.

I can’t take full credit for the Orthodox time-traveling analogy, sadly. I recently bumped into a guy I met on J-Date several years ago (he was testing the Orthodox waters just as I was getting out of them, and it never went beyond one date) who directed me to the Louis C.K. clip in the context of our discussions of Orthodoxy. We had stayed in touch and during one conversation a while back I remember expressing my disapproval of his choices. How, I asked, after being raised secularly, could he choose to enter a world where he, as a man, possessed certain privileges that were the result of biology, not merit?

This, I later realized, was wholly unfair. He wasn’t trying to oppress women or deny them their rights or take more than his fair share. He was merely searching for the best spiritual course for himself. He didn’t create the system even if he benefited from it—the same way that I, as a white woman with well-educated parents, wasn’t turning away advantages or opportunities that came my way as a result of my race and educational class.

I also realize that part of my frustration was due to my own confusion. At the time, I felt a sentimental connection to Orthodoxy and was trying to maintain some semblance of it while also feeling that it was wholly incompatible with my feminist beliefs. The fact that he could slip easily (or at least I thought) into the world I was born and raised in really bugged me.

It’s the same sort of annoyance I feel when anyone expresses nostalgia for a so-called halcyon past, as Aaron Sorkin did before the premiere of The Newsroom, when he waxed poetic about journalism in the age of Walter Cronkite and Edward R. Murrow—a world that excluded women and minorities. Nostalgia, I learned in one college class, entails a whole lotta forgetting.

And time travel. As Louis C.K. pointed out at the end of the bit, white men can travel in only one direction—backwards. “I don’t want to go to the future and find out what happens to white people,” he says. “We’re gonna pay for this shit.”

I certainly don’t wish to see any group punished. But if I were to time travel—future only—I hope to see a little less privilege and a little more fairness for everyone.

(Note: this whole essay about time travel was written without any recollection of Back To The Future, so my apologies if I got any of the science wrong.)

Previously: A Jewish Childhood After Divorce
Don’t Call Me a Rebel
The Problem With Modesty Blogging